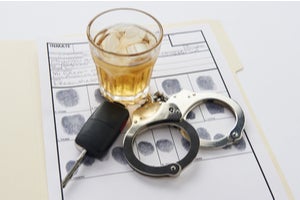 Drivers who get pulled over and charged with a second DUI need to be aware of how much more dramatic the consequences could be compared to their first incident. Second-time offenders may expect significantly increased fines, jail time, longer driver's license suspensions, and more. Before you risk defending yourself or taking the first plea deal the prosecutors offer, make sure to speak with experienced DUI criminal defense attorneys about your rights and options.

The DMV will automatically suspend your driver's license if you fail to request a hearing within the ten-day deadline of your arrest. If this occurs, you will not have driving privileges for at least one year, and if you apply for restricted license, you will need to install an ignition interlock device (IID) in order to obtain any ability to drive whatsoever. Additionally, you will have to obtain an SR-22 from an auto insurance company before you may be granted restricted driving privileges or full reinstatement.

Second DUIs and a Judge's Discretion

Can You Successfully Defend a Second DUI Offense?

Yes! Depending on the circumstances of your case and the skillfulness of your chosen Santa Barbara DUI attorney, it is possible to successfully defend against a second DUI. The experienced legal team at the Aron Law Firm has decades of combined experience working for your defense, protecting your rights, and helping you move on from this trying time in your life. With Mr. Aron's previous tenure as a Deputy District Attorney, he and his legal team have the knowledge and understanding of the California justice system that gives their clients an advantage in court.

Contact our firm today to set up a confidential case evaluation and learn what your best next steps should be. You can reach us online or by phone at (805) 618-1768 to take this first crucial step in your DUI case right away.