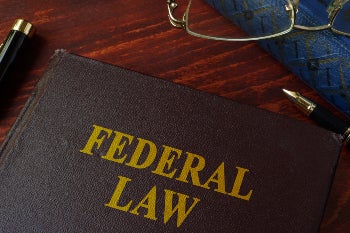 A federal crime is a serious offense against the United States that includes many wrongdoings indicted at a federal level. Various situations may lead to federal prosecution from the U.S. government, and some may lead to charges filed at both the state and federal levels.

Types of Federal Crimes We Handle

At the Aron Law Firm, we handle a broad range of federal criminal cases for clients throughout Santa Barbara, California. Led by William M. Aron, a former prosecutor with extensive experience and expertise in all facets of criminal law, we are committed to helping ordinary people navigate extraordinary circumstances.

We provide strategic and thoughtful defense representation to clients facing a wide variety of federal criminal charges that include:

What Crimes Constitute a Federal Offense?

Title 18 of the United States Code lists the crimes that the U.S. federal government charges. Depending on the circumstances and the particular law you're accused of violating, you may be charged with a crime at the federal level, rather than the state level when the following occurs:

When the crime you're charged with may be indicted in state or federal court, the prosecution typically decides how your case will proceed. There are several reasons that the prosecution may allow the offense to be dealt with at the state level. However, when a criminal offense is in the realm of federal prosecution, it is often tried as such.

Criminal investigations and the prosecution of crimes at the federal level are handled much differently from state courts. The numerous government agencies responsible for federal criminal investigations are usually well-funded with vast resources and seasoned investigators. Additionally, federal judges' court dockets are not typically filled with a high volume of cases like the majority of judges presiding over state criminal courts who handle a wide variety of crimes.

Another notable distinction is that federal courts allow for stricter penalties. Federal crimes typically lead to harsher penalties than state crimes, especially for sex crimes and drug trafficking cases. White-collar crimes like fraud, embezzlement, and forgery may also hold severe punishments. Often, federal sentencing guidelines lead to a prison sentence for any person convicted of a federal offense. For these reasons and more, it is essential to hire an experienced federal criminal defense lawyer to protect your future and freedom.