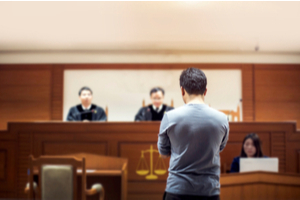 In some cases, the court may choose to impose probation instead of jail time for all or part of the sentence. Regardless, this still requires strict adherence to the judge's orders. If you're sentenced to probation, you may need to meet with a probation officer regularly while complying with any additional court orders.

Trust the Aron Law Firm to aggressively defend your rights and protect your future. Our decades of familiarity with the Santa Barbara criminal court system and Mr. Aron's previous tenure as a Deputy District Attorney will help you get the best outcome possible for your situation. Contact our office today at (805) 618-1768 or online to schedule a case evaluation right away. Our knowledgeable legal team is standing by to advise you on the next best steps to get through this difficult time in your life.