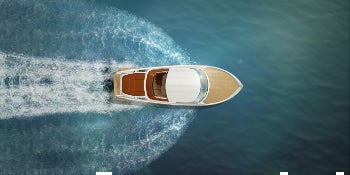 From miles of coastline to picturesque lakes and reservoirs, California is home to hundreds of waterways that allow residents and tourists alike to enjoy boating activities. However, having too much fun may result in a criminal offense. Section 655 of the California Harbors and Navigation Code dictates that it's illegal to operate a boat or other watercraft while under the influence of alcohol or drugs. This offense, which is commonly referred to as “boating under the influence” or simply “BUI,” may occur in any navigable body of water in California.

It's important to note that this restriction doesn't completely limit alcohol consumption on a boat. Despite California's strict rules against driving a car with open containers of alcohol, these rules don't apply on boats, which means that anyone on a watercraft may drink legally, including the operator, provided that they do not exceed the legal BAC limit of 0.08 percent or become impaired to an “appreciable degree” by drugs or alcohol. Because of the unique circumstances surrounding California BUI charges, it's crucial to have an effective and knowledgeable attorney representing you.

In California, it's a crime to operate any boat, watercraft, jet ski, or vessel while under the influence of drugs or alcohol with a BAC of .08 percent or higher. You may also be guilty of BUI if your BAC is under the legal limit but you're nevertheless too impaired by drugs or alcohol to operate the boat safely. It's important to note this distinction, which is often confusing to many. A BUI doesn't require that the operator have a BAC of 0.08 percent or more if their physical or mental abilities are too impaired to ensure safe operation of the vessel. As with DUIs, this is left to the subjective determination of the arresting officer.

As with a DUI, certain circumstances may make a BUI a felony. For instance, a BUI that involves injuries and property damage may be charged as either a misdemeanor or felony. How the prosecution charges BUI may depend on the extent of the injuries allegedly caused by the operator under the influence as well as the operator's criminal record.

Defending against BUI Charges in California

A BUI charge often comes as an unpleasant surprise to many, perhaps because open container laws that apply to cars don't pertain to boats, and drinking alcohol while boating is generally a socially accepted practice. BUIs are usually considered misdemeanor offenses, and first-time offenders may be sentenced to informal probation and ordered to attend DUI education. However, they may also face up to six months in jail and $1,000 in fines. Repeat offenders may see up to one year of incarceration.

In order to garner a BUI conviction, the prosecution must prove that the operator was unable to operate the boat safely. This may rely on the arresting officer's statements, which likely include the operator's so-called dangerous operation of the vessel and their observed symptoms of impairment. This may include red eyes, dilated pupils, slurred or inconsistent speech, swaying, and so on.

Fortunately, an expert Santa Barbara criminal defense attorney may be able to reduce or completely eliminate the penalties associated with a conviction after a careful review of the officer's statements for contradictions and vagueness. Likewise, your attorney may also argue that you weren't actually under the influence or you were the victim of an illegal stop made without probable cause.

If you or a loved one is facing a boating under the influence charge near Santa Barbara, speak with a trusted BUI defense attorney as soon as possible. For questions about the penalties associated with a conviction or to discuss defense strategies with one of our California criminal defense lawyers, contact the Aron Law Firm today. Our expert attorneys are dedicated to protecting your rights by investigating your case in detail and building a robust defense. Our legal team is well versed in BUI defense law and may help you avoid the consequences that stem from this offense.

At the Aron Law Firm, we have experience protecting clients from a wide variety of criminal charges. We take a client-centered approach that aims to make the legal process as painless as possible. To speak with a BUI defense attorney, schedule a consultation by calling (805) 618-1768 or completing our online contact form today.