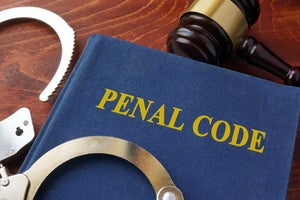 While the elements of many criminal charges in the California Penal Code are comprised of fairly objective criterion, others require a more nuanced interpretation of the alleged conduct. Prosecutors regularly rely on statutes such as PC 422, otherwise known as “criminal threats,” for the diverse set of circumstances in which this code section may be applied. In light of the District Attorney's often “swiss army knife approach” to PC 422, it is worthwhile to do a deep dive into the law that applies to criminal threats in light of the facts at hand.

PC 422 – The Statute and the Jury Instructions

Section 422 of the California Penal Code reads as follows:

(a) Any person who willfully threatens to commit a crime which will result in death or great bodily injury to another person, with the specific intent that the statement, made verbally, in writing, or by means of an electronic communication device, is to be taken as a threat, even if there is no intent of actually carrying it out, which, on its face and under the circumstances in which it is made, is so unequivocal, unconditional, immediate, and specific as to convey to the person threatened, a gravity of purpose and an immediate prospect of execution of the threat, and thereby causes that person reasonably to be in sustained fear for his or her own safety or for his or her immediate family's safety, shall be punished by imprisonment in the county jail not to exceed one year, or by imprisonment in the state prison.

At the same time, the applicable jury instruction for PC 422 can be found under Cal Crim 1300 and provides jurors with the following direction when evaluating evidence when the defendant has been charged with PC 422 (Criminal Threats):

Ok, so what are the elements of a criminal threats charge under PC 422 in plain English?

In order for the prosecution to sustain a conviction under PC 422 for criminal threats, they must be able to prove each of the following elements “beyond a reasonable doubt:”

The threat was made verbally, in writing, or by electronic means

The statement was intended to be communicated as a threat

The “victim's” perceived fear was objectively reasonable under the circumstances.

As you can see, several of the aforementioned elements of PC 422 come with a level of subjectivity. Accordingly, the District Attorney's Office needs to not only decide if they will in fact file PC 422 charges against any individual defendant, but also if they will be seeking a criminal threats conviction as a felony or a misdemeanor.

Certain criminal charges, including PC 422 for criminal threats, are known as “wobblers.” While a “wobbler” might sound like a funny description in the context of criminal law, its consequences are no laughing matter.

Certain crimes are always classified as felonies (murder, for example), and others are always classified as misdemeanors (petty theft for example). The third category of crimes are known as “wobblers,” which means they can be filed as either a misdemeanor or a felony, depending upon the prosecutor's discretion (Judges also sometimes have discretion in this context). PC 422 is a wobbler, meaning that depending upon the perceived severity of the act (and the defendant's record or lack thereof), criminal threats charges can be filed as a misdemeanor or a felony.

There are very substantial differences between facing criminal threat charges as a misdemeanor versus a felony. For example, a misdemeanor conviction of PC 422 yields a maximum penalty of one year in the county jail and a $1,000 fine, while a felony conviction carries up to 3 years in California State Prison and a $10,000 fine (a 4th year of prison becomes possible if a firearm was used while making criminal threats).

To make matters worse, a charge of PC 422 can be construed as a “strike” under California's “three strikes law,” potentially leading to even more serious consequences depending upon the Defendant's criminal background and the prospect of any future convictions.

While individual circumstances vary greatly, below are some common examples of when PC 422 charges might be filed:

EX: Charlie walks into a bar and holds a knife to the bartender's neck while threatening, “I will cut you right now!” This likely would constitute a criminal threat under PC 422.

EX: Crystal emails her college criminal justice professor stating, “If you don't make your lectures more entertaining than you better watch yourself. I wouldn't want you to consume arsenic with your coffee.” This message, delivered by electronic means, is also likely a criminal threat under PC 422, unless Crystal and her professor had a twisted, morbid sense of humor, with their course of dealing rendering it unreasonable for the professor to interpret Crystal's email literally.

EX: A defensive NFL football player yells over the line of scrimmage at the quarterback during the last two minutes of the fourth quarter, “You're a dead man!”

This threat in the context of a professional football game would likely not be construed as a criminal threat under PC 422 since a reasonable person (in this instance, the quarterback) would likely perceive the “threat” as confined to the football field and within the context of an athletic contest, as opposed to a bona fide warning regarding an impending homicide.

There are numerous defenses to a criminal threats charge under PC 422.

A common defense is that the defendant did not intend for his/her communication to be threatening in any way. EX: Sending a text message that was fully intended as a joke, even though the recipient believed it to be a bona fide threat.

This can be distinguished from a sincere threat that was never interpreted as such by the recipient of the communication. EX: Sending a text message that was intended as a threat, however, the recipient believed it to be a joke.

Another defense can be when the threat was not directed at the “victim” at all. EX: The threatening text message was accidentally sent to the wrong person.

Vague or ambiguous comments may be defensible depending upon the context in which such statements were made. EX: Defendant says “Just wait and see what happens” to the “victim” in the context of a heated argument. Prior course of dealing and many other contextual factors will likely be dispositive.

There are numerous other crimes that are related, but distinct from criminal threats under PC 422. Some select examples, include:

At the Aron Law Firm, we view each and every client as a unique individual and we tailor our representation, accordingly. We take a thoughtful approach in all we do and would appreciate any opportunity to discuss your needs in confidence and without obligation.

The Aron Law Firm is led by Attorney William M. Aron, a former prosecutor and graduate of the Duke University School of Law, whom clients have entrusted with their legal matters – big or small – since 2004.