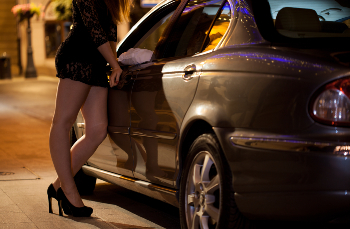 In Santa Barbara, individuals may be charged with prostitution as well as soliciting prostitution. California's Penal Code 647(b) criminalizes the solicitation of prostitution, which is when one person (the customer) offers to pay another person for performing sexual acts or when one individual agrees to perform sexual acts for payment.

If you've been arrested or charged with prostitution in Santa Barbara, you may face strict penalties that may include steep fines, probation, or incarceration if you're convicted. It is essential to partner with a dedicated criminal defense attorney who will advocate on your behalf. The criminal defense lawyers at the Aron Law Firm represent clients in Santa Barbara and may examine your case's details to develop a robust defense and advocate for the most favorable outcome.

A prostitute is a person who performs lewd acts or sexual intercourse with another person in exchange for compensation, money, or anything of value. The State of California's prostitution laws is defined under Penal Code 647(b) and forbids three types of acts:

At the Aron Law Firm, our sex crimes defense attorneys have experience helping clients fight against these charges and achieve the best possible result. When you partner with the Aron Law Firm, your lawyer may examine your case's details to determine the appropriate defense to help you get the allegations reduced or dismissed.

If you've been charged with prostitution or solicitation of prostitution in Santa Barbara, do not delay in securing legal counsel for your case. The Aron Law Firm is a criminal defense firm in Santa Barbara led by former Deputy District Attorney William Aron. We provide our clients with a thorough analysis of their case and work vigorously to attain our client's most beneficial outcomes. To speak with an experienced criminal defense lawyer about your situation, schedule a free, confidential case review today by completing a contact form or calling 805-618-1768.