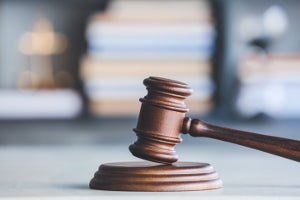 If you've been arrested or convicted of DUI (driving under the influence) in Santa Barbara, one of the most difficult challenges you may face is a possible suspension of your driver's license. Driving is an essential part of living and working in Santa Barbara, and a loss of license can restrict much of your daily activities, including how you get to work, school, run errands, and take care of your family.

While a DUI conviction often results in a suspension of your driver's license suspension, it is not automatic. You can fight to keep your driver's license by attending an administrative hearing at the DMV, which is known as a DMV Admin per se hearing or DMV “APS” hearing. If you're willing to install an ignition interlock device in your car, you may still be able to drive under certain conditions during the suspension period.

At the Aron Law Firm, our DUI defense attorneys are dedicated to helping clients prevent a DUI license suspension. While it may not always be possible, partnering with our experienced team of DUI defense lawyers can provide the best chance of retaining your driving privileges in Santa Barbara.

What is a DMV Administrative DUI Hearing in Santa Barbara?

After an arrest for a Santa Barbara DUI, you have the right to request and schedule a hearing with the DMV to retain your driving privileges. However, you must schedule the hearing within ten days of your DUI arrest, so you must submit the request immediately. If you miss the DMV 10-day deadline to request a DMV Admin per se hearing, you will forfeit important rights and will likely automatically suffer a driver license suspension.

The administrative hearing takes place at a DMV Driver Safety Hearing Officer. During the hearing, you'll learn what evidence the DMV holds against you, and you'll have the opportunity to challenge the evidence, present new evidence, witnesses, and testimonies to try convince the DMV to alter or overturn your license suspension. After the hearing, the Driver Safety Hearing Officer will decide whether to uphold, change, or withdraw the DMV action to suspend your license.

What DUI Defenses May Help Me Win at My DMV Hearing in Santa Barbara?

During your DUI DMV hearing, the hearing officer will consider the following issues:

Was there probable cause that led to the arresting officer to believe you were driving under the influence?

Did the arresting officer have a legitimate reason to arrest you?

Were you operating a vehicle with a blood alcohol content (BAC) of .08% or more?

Suppose you refused to submit to a breath or blood test to measure your BAC. In that case, the hearing will focus on whether you intentionally refused, and whether the officer explained to you the implications that your driver's license would be suspended for one year or revoked for up to three years as a result of the refusal.

With these questions in mind, there are a variety of DUI defense strategies that a skilled DUI defense attorney like the Aron Law Firm defense lawyers may present on your behalf:

You Were Not Driving

A “no driving” defense may be used if the arresting officer did not directly see you driving, along with either:

The DMV did not summon any witnesses who did observe you driving, or

There is insufficient evidence to prove that you were driving.

If these conditions apply, the hearing officer may overturn your driver's license suspension.

There Was No Probable Cause for Your Arrest

If there was insufficient probable cause for the arresting officer to pull you over for DUI, the hearing officer may cancel the suspension of your driving privileges.

Your Santa Barbara DUI defense attorney could claim a few explanations for the lack of probable cause leading to your arrest. For example, you may have been a victim of racial profiling if you were stopped by the officer when you were otherwise obeying all traffic laws.

The Officer Failed to Abide by a 15-Minute Observation Period

According to Title 17 of the California Code of Regulations, law enforcement must observe a suspected drunk or impaired driver for at least 15 minutes before conducting a breath or blood test to measure their BAC. This rule ensures the test results are accurate without being compromised by residual alcohol left in the suspect's mouth after eating, drinking, or throwing up.

The Breathalyzer Was Inaccurate or Not Properly Calibrated

According to Title 17, breathalyzer devices must be calibrated every ten days or 150 uses. Without this maintenance and recalibration, the results may be inaccurate and show higher BAC levels than reality. If this can be proven in your DMV hearing, the hearing officer may set aside the suspension of your driver's license.

If you refuse to comply with a breath or blood test to measure your BAC, law enforcement is required to inform you that your driver's license will be automatically suspended for one year. The officer is required to read this notice, known as a “Trombetta Advisement” to you as well as provide it in writing. If they fail to read you the Trombetta Advisement, the hearing officer may reverse your license suspension.

What Happens if I Lose My DMV DUI Hearing in Santa Barbara?

If you lose your DMV DUI hearing in Santa Barbara, your California driver's license will be suspended or revoked for a period of time that depends on whether the DUI was a first, second, or subsequent offense.

If it's your first DUI arrest in Santa Barbara, you may face the following penalties:

Suspension of your driver's license for up to ten months

Possibility of a restricted license after a hard one-month suspension

Possibility of obtaining a restricted license sooner with the installation of an ignition interlock device on your vehicle. This is also known as an “IID.”

If your DUI offense resulted in an injury, you might face a one-year driver's license suspension.

If you are arrested for DUI within ten years of your first offense, the DMV may suspend your license for two years. After one year, however, you may be able to transfer your driver's license suspension to a restricted license that may allow you to drive to work or school.

If your DUI caused an injury, your license might be suspended for three years.

A third DUI arrest in California can lead to suspension of your driver's license for up to three years, and if there were injuries involved, your license may be suspended for five years. If you meet all conditions laid down by the DMV, you may be eligible to restore restricted driving privileges.

If you are convicted of the DUI in criminal court, the judge holds the authority to suspend or rescind your license for whatever length of time they deem appropriate, especially if the court deems you a “habitual traffic offender.” That is why it is essential to retain the services of an accomplished Santa Barbara DUI defense lawyer with a track record of favorable DMV and criminal DUI case results.

A DUI arrest in Santa Barbara may be an unsettling experience. If you're facing this predicament, you need skilled legal representation to advocate for you in your DMV hearing. The DUI defense attorneys at the Aron Law Firm understand how devastating losing your driving privileges can be in Santa Barbara and can advocate for your rights in the DMV administrative hearing and the criminal court proceedings.

To speak with a DUI defense lawyer at the Aron Law Firm, schedule a consultation by completing a contact form or call (805) 618-1768.