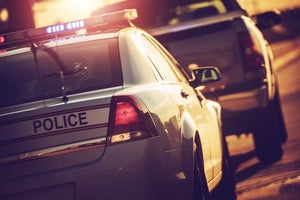 As soon as you are arrested for a DUI charge—including refusing a blood or breath test—the police officer will most likely take your driver's license away on the spot and issue a temporary license, valid for 30 days. The arresting officer will notify the DMV and you only have 10 actual days from the date of your DUI arrest or citation to request a DMV hearing or the DMV will automatically suspend your license. There is generally no grace period, so you will want to act immediately to protect your driving privileges. The best way to ensure that your rights are protected is to contact an experienced DUI driver's license suspension lawyer immediately after your arrest.

At the Aron Law Firm, our attorneys have a proven track record of minimizing the penalties and license suspension period in DUI cases. To schedule an appointment with one of our experienced criminal defense lawyers, call today at (805) 618-1768 or fill out our online contact form.