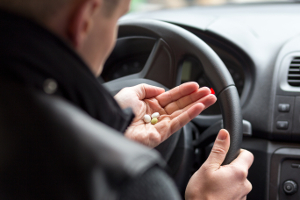 Under California Vehicle Code 23152, it is illegal to drive under the influence of drugs and alcohol. Unlike DUI charges involving alcohol, there is no legal limit for the amount of drugs that can be in your system while driving. This means that if you are pulled over with any amount of drugs in your system, you may face a DUID charge. You may also face a marijuana DUID charge despite California's legalization. Any drug that impairs your ability to drive can subject you to a DUID charge, including street drugs like heroin and cocaine along with prescription drugs such as Valium or Vicodin for pain management.

When you get a California driver's license, you legally agree to submit to any blood or breath testing in the case that you are pulled over for a suspected DUID. This doctrine, referred to as implied consent, requires you to comply with a law enforcement's request for a chemical test. While you may refuse to give a sample, this may result in penalties including suspension of your driver's license or an enhanced penalty if you are convicted of a DUID charge.

For your first offense, you may face up to six months in jail, a fine of $1000, and a six-month driver's license suspension. First offenders may be eligible to receive probation instead of jail time, depending upon the specific facts and circumstances surrounding the DUI of Drugs arrest. If you are sentenced to probation, you may be required to complete a DUI program.

For a third offense that occurs within 10 years of your first offense, you may face up to one year in jail, a $1000 fine, and a three-year driver's license suspension. Additionally, you may be required to complete a substance abuse course or counseling. Depending on the situation, third time offenders may be eligible for probation.

For a fourth offense, you may face felony charges. If convicted of a felony, you may face up to three years in the California State Prison and a four-year driver's license suspension.

A skilled DUID attorney will develop a strong defense for your case. In order to be convicted of a DUID charge in Santa Barbara, a prosecutor must prove beyond a reasonable doubt that you operated a motor vehicle while under the influence of a drug and that the consumption of that drug impaired your driving. While this may seem straightforward, DUID charges are often slightly more subjective than DUI charges involving alcohol. Most DUID cases hinge on the arresting officer's observations of the defendant's driving. Since many drug-related driving symptoms can be caused from a variety of other factors, such as being tired, there may be ample opportunity to develop a strong defense.

Blood tests are another important piece of evidence the prosecution will use. However, even if your blood test results came back positive for an intoxicating substance, it doesn't prove that you were impaired while driving. Everyone metabolizes drugs at a different rate, which can pose a challenge for the prosecution—your blood test alone doesn't necessarily prove that the identified drug influenced your driving.

At the Aron Law Firm, we provide clients facing DUID charges with a comprehensive analysis of their case. Our team works tirelessly to get the best outcomes for our clients. By limiting our client roster and the associated caseload, we are able to give more time and attention to each and every one of our cases. To schedule an appointment with one of our experienced DUI defense lawyers, call today at (805) 618-1768 or fill out our online contact form.