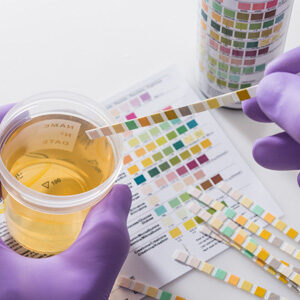 Drug tests are used to identify the presence of certain substances and medications in the body. Unfortunately, drug test results are not 100% accurate, and false positives may occur. “False positives” are when drug tests flag a medication or substance you do not actually take. Sometimes, these are caused by lab errors, but certain medications have also been known to trigger fictitious positive results.

When drug tests incorrectly mark people positive for drugs they have not taken, they could face severe, unwarranted consequences. If you or someone you care about is facing penalties for erroneous drug test results, an Aron Law Firm criminal defense attorney may defend your case by providing irrefutable evidence that a medication you were taking has skewed your drug test results.

Could Your Medication Be the Reason You Failed a Drug Test?

When you are on probation, failing a drug test could lead to severe penalties as it is a violation under California Penal Code 1203.3. If an over-the-counter, prescribed medication, or something else triggered a false positive on your drug test, a criminal defense attorney can create a solid defense strategy for your case.

At Aron Law Firm, we have successfully minimized the penalties associated with false positive drug test results for numerous clients. Whether your medication or another factor played into your false positive result, you need a criminal defense lawyer on your side.

Partner with a California attorney who knows what it takes to defend inaccurate drug test results. Contact Aron Law Firm 24 hours a day, seven days a week, by calling (805) 618-1768 or completing our contact form.