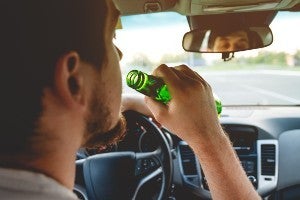 Most investigations for driving under the influence (DUI) in California start off the same way: with a police officer pulling someone over. Suppose the police officer smells alcohol on the driver's breath or notices bloodshot eyes or slurred speech during this traffic stop. In that case, they have reasonable cause to detain the driver and begin a roadside investigation for a DUI.

If you or someone you care about has been investigated for driving under the influence and is facing a DUI charge in California, you need to obtain legal representation as soon as possible. When you choose to partner with California Attorney William M. Aron to defend a DUI charge, he will develop a personalized strategy designed specifically for your case. At Aron Law Firm, we utilize a client-centered approach so that no matter what type of DUI charge you may be facing, we will do our best to obtain the best outcome for your unique situation.

What to Know About California Driving Under the Influence Investigations

During California DUI investigations, the police officer will usually direct the driver to perform various field sobriety tests (FSTs) to determine whether the driver is under the influence of drugs or alcohol. California FSTs can include:

At Aron Law Firm, our team is led by former prosecutor William M. Aron who has worked in all areas of criminal law and has extensive experience defending DUI allegations in California. Our criminal defense lawyers are well-acquainted with the tactics essential to successfully pleading your case to the judge and strategies for devising the strongest defense for your case.

If you are being investigated and are facing a charge for DUI, we are here to help. We understand that facing a criminal charge is stressful ­– which is why our goal is to be there for our clients during every step of the process. Call us today to confidentially discuss your case with a lawyer who is highly qualified to handle your California DUI case at (805) 618-1768 or by sending us a completed contact form to request more information about what options you have going forward.