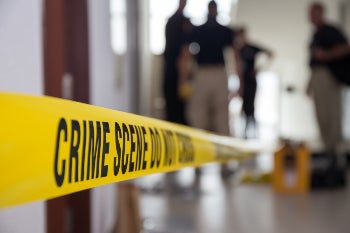 California Penal Code Section 290 mandates that those who commit certain crimes be classified as “sex offenders” and must register as such. Historically, PC 290 registrants had to adhere to onerous lifetime sex offender registration requirements regardless of the specific facts and circumstances pertaining to their conviction. California Senate Bill 384, which is also known as the “Sex Offender Registration Act,” provides a more nuanced approach as sex offenders are categorized into a tiered system based upon the circumstances surrounding their conviction.

It should be noted that if you were required to register as a sex offender as a juvenile, the minimum sex offender registration term is reduced to five years.

If ordered to register as a sex offender as a juvenile, the minimum sex offender registration term is ten years.

Historically, there were two main avenues to seek sex offender registration relief, namely obtaining a certificate of rehabilitation or a governor's pardon. However, under the Sex Offender Registration Act as articulated in SB 384, there is now a process to obtain relief at the local Superior Court level in the county where the PC 290 registrant resides.

The SB 384 process involves first obtaining a designation into a specific tier. After a tier has been established, you must have served the minimum time mandated for the assigned tier level, furnished proof of compliance with all registration requirements, and served notice to both the local law enforcement registration agency and the local District Attorney's Office in the County where you reside. Once a hearing is set, arguments will be heard and a Superior Court judge will issue a ruling. It's strongly advised that you retain an experienced California sex offender lawyer early in the process in order to ensure all is handled properly and to increase your chance of success.

At the Aron Law Firm, we strive to be thoughtful in all that we do as we craft creative solutions to complex problems. Sex crimes carry a substantial stigma and require an advocate that can see past a criminal record in order to fully understand the person and his or her unique circumstances. Give us a call to start a confidential dialogue today: 805-618-1768.