Everything You Should Know about Your First DUI in California 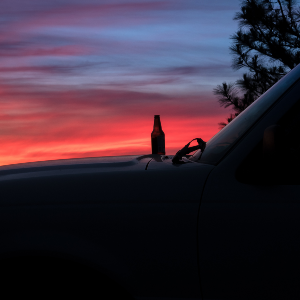 Driving under the influence is the most common charge that brings ordinary people into the criminal justice system. In addition to concerns about the loss of driving privileges and potentially hefty fines, individuals who have no experience with incarceration often worry that they're ill-prepared to serve a jail sentence.

Fortunately, an expert DUI lawyer may help you understand the penalties associated with your arrest and the most strategic defenses based on the circumstances of your case. In a best-case scenario, your attorney may help you reduce or completely eliminate the charges against you.

What Are California's First-Time DUI Laws?

You may be convicted of driving under the influence in California if you're caught driving with a blood alcohol concentration (BAC) of .08 percent or higher. If you're lawfully arrested for DUI, there may be administrative consequences such as a license suspension and fees regardless of whether you're ultimately convicted of the crime. If you are eventually convicted of DUI, you may face additional criminal penalties.

In a nutshell, the minimum punishment for a first-time DUI in California involves a $390 fine, court penalties and assessments, an outpatient alcohol awareness class, a minimum of 36 months of summary probation, and other possible conditions the court may deem appropriate. These additional penalties may include county jail time depending upon the county involved, the facts of the case, and the defendant's prior criminal history.

A first-time DUI is a misdemeanor offense, unless someone is seriously injured or killed, at which point the prosecutor may charge the DUI as a felony.

If you're under the age of 21 at the time of your arrest, California has a zero-tolerance law whereby any measurable amount of alcohol in your system is a violation.

It's important to understand that you are subject to a restriction known as the 10-day rule after a DUI in California. After your arrest, the responding officer may confiscate your license and provide you with a pink slip of paper—known as a Notice of Suspension—that allows you to drive unrestricted for 30 days. At this point, the DMV begins the process of suspending or revoking your license.

You have the right to contest the suspension if you wish to do so by contacting the DMV within 10 calendar days—including holidays and weekends—to schedule an administrative per se hearing. Failing to do so may result in an automatic license suspension after 30 days.

The California Legal Proceedings after a First-Time DUI Arrest

The Administrative Per Se Hearing

Before you head to trial, you may contest your suspension by contacting the DMV and requesting an administrative per se hearing, a proceeding which allows a driver to challenge the Department's evidence against them. A license suspension may be set aside if the driver is successful.

If the DMV determines by a preponderance of the evidence that you had a BAC of .08 percent, the officer had cause to stop you, and the arrest was lawful, your driver's license may be suspended for four months. Keep in mind that the California DMV may not fine a defendant or put them in jail; it may only suspend the defendant's license.

A Hearing in a Criminal Court

After your hearing, you may face the court, which determines whether or not you are guilty of a criminal act. The imposed penalties handed down at the administrative per se hearing take effect regardless of the outcome of your criminal case. A court conviction for a first-time DUI in California triggers a six-month license suspension, which is added to any sanctions imposed by the DMV.

If you or a loved one is facing a DUI charge, it's important that you speak with a trusted DUI defense attorney as soon as possible. The expert lawyers at the Aron Law Firm, led by former California Deputy District Attorney William M. Aron, are here to protect your rights by investigating your case in detail and building a robust defense. Our legal team is well versed in DUI defense law and may help you avoid the consequences that stem from this offense.

At the Aron Law Firm, we have experience protecting clients from a wide variety of criminal charges. We take a client-centered approach to help make the legal process as painless as possible. To speak with a criminal defense attorney, schedule a consultation by giving us a call at (805) 618-1768 or by completing our online contact form today.