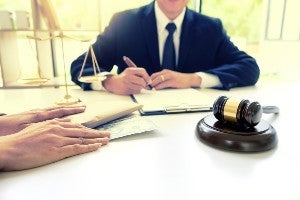 If you've been arrested for a crime, you probably have a lot of questions on your mind. Should you hire a criminal defense lawyer? Do you have enough evidence to defend yourself? How will you fight for your rights at trial? What you may not have considered, however, is that even if you've been arrested by the police, you haven't been formally charged with a crime unless a prosecutor at the district attorney's office files a formal complaint with the clerk of court.

With the right criminal defense lawyer by your side, it may be possible for your criminal charges to be dropped completely or reduced in severity before a case proceeds to the formal court process through a practice called pre-filing intervention. After your arrest, your attorney may be able to influence the prosecutor's decision to file charges against you and, in many cases, your charges may end up being dismissed by the prosecutor or the court before they're even filed.

If you're being accused of a crime, it is important that you understand the filing process, which may happen in one of two ways:

Before a charge is formally filed against you, a police officer may investigate a possible crime without making an arrest. This often occurs if the investigating officer is unable to locate you or if they're not entirely sure that you have committed the crime in question. After the police feel that they have sufficient evidence against you, they'll then meet with and present that evidence to the prosecutor. If the prosecutor agrees that there's a viable case against you and that the evidence is persuasive enough to proceed, they'll file one or more formal criminal charges with the court.

Once formal charges have been filed, the district attorney's office may either send you a written notice by mail with an indication of the charges and court date or they'll issue a warrant for your arrest.

Another way in which the filing process may proceed begins when a law enforcement officer makes a physical arrest based on probable cause. In this case, the police will likely take you to jail without an initial investigation. At this point, the officer drafts a report to send to the prosecutor's office. As is the case during a pre-filing investigation, the prosecutor determines whether there's sufficient evidence to proceed with the formal filing of criminal charges. If so, a formal complaint is filed with the court.

How Your Attorney May Influence the Prosecutor's Decision to File

The first task for a defense attorney in a criminal case is to determine whether there are any grounds on which the case may be dismissed before a plea or trial. Some grounds for dismissal include:

By pointing out flaws in the prosecution's case, your attorney may be able to convince the state that the evidence is insufficient and that there isn't a reasonable likelihood of their success at trial. At this point, the prosecutor may choose to reject the case outright or send the case back to the appropriate law enforcement agency for further investigation.

Note that once charges are formally filed, the case may only be dropped by way of a dismissal or a verdict of not guilty as a result of a lengthy court process. In any case, it's important that you have an experienced California criminal defense lawyer on your side who may fight for your rights and perhaps reduce or eliminate the penalties associated with a conviction.

During the brief window of opportunity after you're arrested but before charges have been filed, a skilled criminal defense attorney may be able to influence a prosecutor's choice to file a charge against you. As such, it's vital that you contact a legal professional as soon as possible after you've been arrested in California. The expert lawyers at the Aron Law Firm, led by William M. Aron, are dedicated to protecting your rights by investigating your case in detail and building a robust defense.

At the Aron Law Firm, we have experience protecting clients from a wide variety of criminal charges. We take a client-centered approach that aims to make the legal process as painless as possible. To speak with a criminal defense attorney about preventing charges from being filed against you after an arrest, schedule a consultation by giving us a call at (805) 618-1768 or by completing our online contact form today.