Understanding Reasonable Suspicion and Probable Cause for a DUI Stop 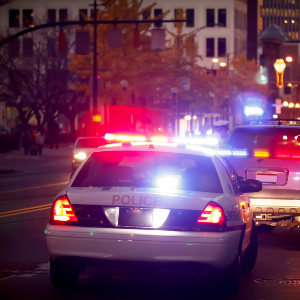 If a police officer suspects that you're driving with an elevated BAC in California—above 0.08 percent—they have the right to detain you for questioning, search for evidence, and make a DUI arrest. However, in order to do so lawfully, they must establish both reasonable suspicion and probable cause. These legal concepts are often misinterpreted and interchanged. If you've been arrested for driving under the influence in California, it's important that you understand reasonable suspicion and probable cause in order to determine if your rights have been infringed.

The Constitution states that law enforcement must have a certain level of justification before they may initiate a traffic stop and subsequent DUI arrest. When these standards aren't met, you may have grounds for legal recourse.

What Does Reasonable Suspicion and Probable Cause Mean in the Context of a DUI Stop?

In nearly every case, law enforcement must have a reasonable suspicion that a person has violated the law to lawfully pull them over for DUI. This means that an officer has reason to believe—based on their training and experience—that a crime has been committed, is being committed, or will be committed. Likewise, for a DUI arrest to be legally justified, it must be supported by probable cause, meaning that there is evidence to support a reasonable belief that the motorist is driving under the influence.

The legality of a DUI prosecution depends—among other factors—on whether the stop and subsequent arrest were reasonable. An officer who has reasonable suspicion that a crime has taken place may stop and briefly detain an individual for the purpose of a limited investigation. While reasonable suspicion is subjective, law enforcement officials must have more than a hunch or gut feeling to detain someone. This doesn't mean that the officer must specifically suspect that the driver is under the influence of alcohol. Any potential traffic infraction or violation is enough.

Examples of reasonable suspicion for a DUI stop include:

If the officer still suspects the motorist of DUI after the initial investigation, the officer may then usually carry out a field sobriety test and a breathalyzer test. Note that even if a motorist is intoxicated while driving, a DUI case against them may be dismissed if the officer didn't have reasonable suspicion for the initial stop.

Probable Cause in DUI Cases

While reasonable suspicion allows an officer to temporarily stop and detain a motorist, an officer must meet a higher standard of “probable cause” before obtaining a warrant, searching a vehicle, or arresting a suspected drunk driver. Establishing probable cause means gathering enough evidence that a reasonable person would believe a crime has been, is being, or will be committed.

To break it down further, probable cause differs from reasonable suspicion in that, to meet the probable cause standard, an officer must have enough evidence to suggest that the motorist has most likely committed a crime. Reasonable suspicion, on the other hand, only necessitates that the officer has some indication that the motorist might have committed a crime.

If you are charged with a DUI in California, we invite you to contact us for a free consultation. The expert lawyers at the Aron Law Firm are dedicated to protecting your rights by investigating your case in detail and building a robust defense. Our legal team is well versed in DUI defense law and may help you avoid the consequences that stem from this offense.

At the Aron Law Firm, we have experience protecting clients from a wide variety of criminal charges. We take a client-centered approach that may help make the legal process as painless as possible. To speak with a criminal defense attorney, schedule a free consultation by calling (805) 618-1768 or by completing our online contact form today.