What is Considered a Sex Crime in California? 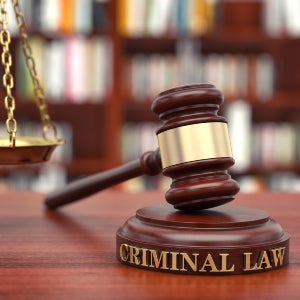 California doesn't have a concrete definition for “sex crime” because there are so many different varieties of sex crimes listed in the penal code, but “sex crimes” can generally be defined as offenses committed involving illegal sexual conduct. More specifically, this tends to be touching the intimate body part of another against that person's will.

Sex crimes vary in severity and can be filed as felonies or misdemeanors. This can include anything from grabbing your genitals in public to forcible rape. California considers all sex crimes to be serious offenses that deserve investigation or court action. If you've been arrested for a sex crime in California, it's crucial that you get in touch with an experienced criminal defense attorney who can help.

At the Aron Law Firm, we have experience handling a wide variety of sex crimes cases. Some of the most common sex crimes in California include the following:

Several different offenses fall under the umbrella term “sex crime,” but they generally relate to coerced—and therefore illegal—sexual conduct against another individual. No matter the crime of which you're accused, it's crucial that you get in touch with a lawyer who can help.

If you've been arrested for a sex crime in California, it's crucial that you get in touch with a best-in-class criminal defense lawyer as soon as possible. A sex crime accusation in California can be devastating to your future, and California prosecutors often aggressively pursue the maximum sentences for these types of crimes. However, with the help of a knowledgeable and compassionate criminal defense attorney at the Aron Law Firm you may be able to preserve your reputation and sidestep any penalties associated with the crime.

At the Aron Law Firm, we know and understand California's sex crime laws and have experience protecting clients from an assortment of sex crime-related criminal charges. Our goal is to make the legal process as easy as possible. To get in contact with a skilled criminal defense attorney, schedule a consultation by calling (805) 618-1768 or completing our online contact form today.