Can an Anonymous Tip for DUI Get Me Arrested in California? 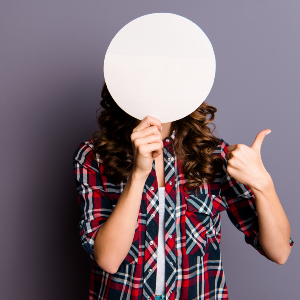 An “anonymous tip,” as it relates to DUI investigations, is understandably a point of contention among law enforcement, defendants, and lawmakers alike. After all, police officers must navigate the gray area between having sufficient probable cause and relying on what may be uninformed or falsified speculation. If you've been arrested for driving under the influence in California as a direct result of an anonymous tip, you may be wondering if your rights have been infringed upon.

Put simply, the police may act on anonymous tips if they follow the rules, laws, and procedures that have been developed in accordance with the U.S. Constitution. In other words, these anonymous clues must provide significant and specific details such that police may be able to independently corroborate them.

The History of the Anonymous Tip in DUI Cases

In the past, courts have held that officers are not allowed to rely solely on an anonymous tip to stop and search a pedestrian, with the primary fear being that anonymous callers might unfairly target certain people and subject them to potentially embarrassing searches. However, that all changed in 2014 when the Supreme Court ruled in Navarette v. California that, based on an anonymous call, police have the right to stop a driver to check if they're intoxicated.

This controversial case began after a motorist was pulled over by California Highway Patrol after an anonymous tip. The person responsible for the tip told the dispatcher that they had been run off of the highway by someone driving a pickup truck and provided the pickup's license plate number. As the officer approached the pickup, they smelled marijuana and discovered four bags of it inside the bed of the truck.

At trial, the defense filed a motion to suppress the evidence, claiming that the officers lacked the reasonable suspicion needed to stop them, thus violating the Fourth Amendment. The court eventually ruled against the brothers, concluding that an anonymous tip alone may give law enforcement the justification to pull someone over on suspicion of driving under the influence.

What Are Your Rights Following an Anonymous Tip in a DUI Case?

It's important to note, however, that the police may not act on just any anonymous tip. The law doesn't like vague leads from unidentified individuals who could fabricate a story. So, there are protections meant to reduce instances of false allegations from anonymous tips.

First, the anonymous tip must either come from a credible source or provide reliable details. A police officer may only approach an individual if there's reasonable suspicion that some activity out of the ordinary has taken place, the activity is related to crime, and the person detained is involved in the activity.

Despite being allowed to stop an individual for suspected DUI based on an anonymous tip, an officer will still need verified evidence that he or she may have been driving while intoxicated or under the influence of drugs before arresting them. The police will usually rely on the results of field sobriety or breathalyzer tests to confirm probable cause.

What Does Reasonable Suspicion and Probable Cause Mean in California DUI Cases?

In nearly every case, law enforcement must have a reasonable suspicion that a person has violated the law in order to lawfully pull them over for DUI. Likewise, for a DUI arrest to be legally justified, it must be supported by probable cause, which means there must be evidence to support a reasonable belief that the motorist is inebriated.

While reasonable suspicion allows an officer to temporarily stop and detain a motorist, an officer must meet a higher standard of “probable cause” before obtaining a warrant, searching a vehicle, or arresting a suspected drunk driver. Establishing probable cause means gathering enough evidence that a reasonable person would believe a crime has been, is being, or will be committed.

Being pulled over doesn't mean enough evidence is present to initiate an arrest. If you think your rights have been violated after a DUI arrest based on an anonymous tip, speak with a trusted DUI defense attorney as soon as possible. The expert lawyers at the Aron Law Firm are dedicated to protecting your rights by investigating your case in detail and building a robust defense. Our legal team is well versed in DUI defense law and may help you avoid the consequences that stem from this offense.

At the Aron Law Firm, we have experience protecting clients from a wide variety of criminal charges. We take a client-centered approach that aims to make the legal process as painless as possible. To speak with a criminal defense attorney, schedule a consultation by calling (805) 618-1768 or completing our online contact form today.