Can I Still Get a DUI with a BAC below .08 in California? 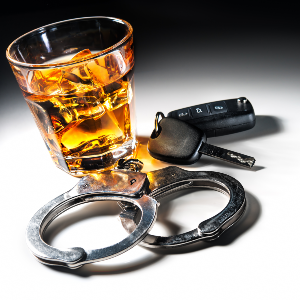 It's relatively common knowledge that if you're caught driving a vehicle while under the influence of a certain amount of alcohol, you may be charged with DUI. In California, the legal blood alcohol content (BAC) limit for most adult drivers is .08%, which is typically measured with a breathalyzer test. But what if you only consumed a drink or two? Is it still possible to get a DUI if you blow under the legal limit?

Yes, the short answer is that you may still get a DUI in California if your BAC is under the .08% limit. An individual is considered to be under the influence—regardless of BAC—anytime they are no longer able to drive as well as a prudent, sober person under similar circumstances. Likewise, the law imposes an even lower limit for commercial, taxi, limo, rideshare, and underage drivers.

When Might You Be Charged with DUI with a Legal BAC?

It's a long-standing myth that if you blow below the legal limit on a breathalyzer test, even after you've had a few drinks, you cannot be arrested or charged with DUI. However, California law states that an individual may be found guilty of driving under the influence, even if their BAC is under the legal limit, as long as certain conditions are met. This includes the following:

You Were Too Impaired to Drive

Primarily, a conviction may be substantiated if the prosecutor demonstrates that even though you were under the legal limit, you were too impaired by the alcohol in your system to be driving. Evidence presented may include a video of you swerving or driving hazardously from the dashcam, your appearance, your inability to perform field sobriety tests, and statements made at the traffic stop.

You're a Commercial, Taxi, Limo, Rideshare, or Underage Driver

The law imposes an even lower limit for underage, rideshare, commercial, taxi, and limo drivers. Specifically, the limits are the following:

Likewise, California state laws also set a .01% BAC limit for people who have previously pled guilty to or not contested a DUI charge and are still on probation. If it's confirmed that you drove with a BAC of .01% or higher while on probation, your driver's license may be automatically suspended for a year.

It's also important to note that the California DMV may not issue an administrative driver's license suspension for drivers whose BAC is under the .08% threshold. Prosecutors, on the other hand, have more discretion to charge DUI offenses when a driver has a BAC under .08%.

If you or a loved one is facing a DUI charge, speak with a trusted DUI defense attorney as soon as possible. The expert lawyers at Aron Law Firm are here to protect your rights by investigating your case in detail and working to build you a robust defense. We're well versed in DUI defense law and may help you avoid the consequences that stem from this offense.

At Aron Law Firm, we have experience protecting clients from a wide variety of criminal charges. We take a client-centered approach that aims to make the legal process as painless as possible. To speak with a criminal defense attorney, schedule a consultation by calling (805) 618-1768 or completing our online contact form today.