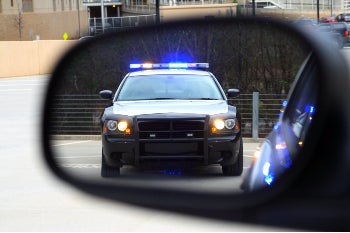 If you received a traffic ticket in California, it's essential to understand the type of offense you have been accused of. There is a significant difference between a traffic ticket for speeding and a misdemeanor traffic violation. No driver wants to have points added to their driving record or pay a speeding ticket. However, an infraction will disappear from your driving record over time. In contrast, a misdemeanor traffic violation is a criminal act.

Traffic Infractions vs. Misdemeanors in California

In California, there are two types of traffic offenses: infractions and misdemeanors. There are notable differences between the two types, so it's essential to understand the seriousness of each. Traffic infractions are more common than misdemeanors and typically carry penalties that may include fines and points on your driving record.

Below are common traffic offenses that are charged as misdemeanor traffic violations in the State of California:

Driving without a Valid Driver's License

California Vehicle Code 12500(a) prohibits any driver in California from operating a vehicle without a valid driver's license. For a driver's license to be considered valid, it must be legitimate for the state where you live and the type of vehicle you are driving.

If you are pulled over and charged with a misdemeanor traffic violation for driving without a valid license, you may face potential penalties that include:

Illegal Use of a Handicap Placard

California Vehicle Code 4461 forbids anyone from using a disabled license plate or parking placard that is invalid or belongs to another person. Anyone who violates this law may be charged with misdemeanor misuse of a handicap placard. If you are caught in any of the following circumstances, you may face this criminal charge:

If you are found guilty of misuse of a handicap placard, you may encounter the following penalties:

Fleeing from an Officer

California Vehicle Code 23103(a) considers anyone who drives a vehicle on a highway in deliberate or wanton disregard for others' safety or property to be guilty of misdemeanor reckless driving. If a court finds you guilty of reckless driving, you may be subject to the following penalties:

California Vehicle Code 20001–20004 makes it unlawful for any person to flee the scene of an accident without first identifying themselves to all other people affected in the collision. If someone is injured or fatally wounded in the crash and you leave the scene, you face far more severe penalties.

If you are charged with a felony hit-and-run causing injury or death, you may face the following penalties:

Each of these traffic violations involves mandatory court appearances. If you fail to show up at your court date, you may face additional misdemeanor charges and a warrant may be issued for your arrest.

How May I Fight a Misdemeanor Traffic Violation in California?

All traffic offenses should be handled promptly and effectively to prevent the assessment of points to your driver's license, increased insurance premiums, and suspension of your driving privileges. When the traffic violation is a misdemeanor charge, the potential repercussions may be more severe than those of an ordinary traffic ticket.

When you are charged with a criminal act, you have the advantage of necessary legal principles, including that:

However, note that the viable legal avenues may vary significantly by case, and a skilled attorney may help you build a strategy built for your specific circumstances.

If you have been indicted with a misdemeanor traffic violation in California, do not delay consulting an experienced traffic attorney. At the Aron Law Firm, our Santa Barbara traffic defense lawyers have extensive experience defending people accused of criminal offenses. Depending on the circumstances surrounding your case, your attorney may have several options for providing a robust defense to your misdemeanor to possibly dismiss the criminal charges along with potential penalties.

Led by former California Deputy District Attorney, William M. Aron, you may be confident in the Aron Law Firm misdemeanor traffic violation lawyers to evaluate your case in careful detail to devise a strong defense. To schedule a confidential consultation with one of our experienced traffic defense attorneys, call today at (805) 618-1768 or fill out our online contact form.