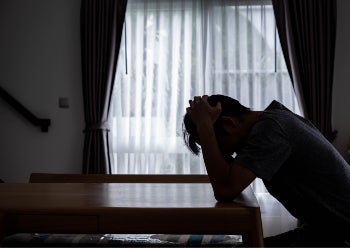 If you're facing charges for felony battery in Santa Barbara, you must understand how severe these charges are and that your freedom is on the line. Whether you've been formally charged or not, you need an experienced and skilled Santa Barbara criminal defense attorney on your side to help build your defense immediately. A criminal defense lawyer with a concrete understanding of the California Penal Code concerning battery with the ability to analyze the situation is critical to developing a persuasive rebuttal to a felony battery charge.

A Santa Barbara felony battery lawyer at the Aron Law Firm can assess your battery charge and discuss your legal options for settling the matter with the most favorable outcome. The defense attorney you hire will have a significant impact on the final consequences of the charge. Attorney William Aron of the Aron Law Firm has the experience and skills necessary to aggressively challenge the prosecutor's case on your behalf.

Battery is defined under California Penal Code § 242 as any willful and unlawful use of force or violence upon another person. Often, the charges for assault and battery are thought of in a similar context. But the State of California maintains entirely different definitions and penalties for the two criminal offenses. While assault constitutes threatening to use physical force to harm another, battery is when force is used via physical contact.

You can be charged with battery for any of the following actions against another person:

Whether it's intentional and whether someone is physically harmed, using physical force or an object to strike another person can lead to battery charges in California. For example, if you spit on another person, they may press charges for battery even though they are physically unharmed.

Unlike misdemeanor battery, felony battery involves severe injuries. Under California Penal Code § 243(d), severe bodily harm caused by another person may result in aggravated battery that can be charged as a misdemeanor or felony. If you are convicted, the penalty may lead to a prison sentence for up to four years, depending on the evidence and the circumstances surrounding the case.

Penalties for Committing Battery in California

As stated under California Penal Code Section 243(a), misdemeanor battery is punishable by a fine of no more than $2,000, imprisonment in a county jail for no more than six months, or both. Also, Section 243(c) states that if an injury does happen against the battered victim, penalties could substantially increase.

Enhanced charges are also possible under California Penal Code Section 243(b). When a battery occurs against a peace officer, firefighter, or emergency personnel, the defendant may receive one year of jail. Also, in a case involving injury and enhancement to a felony, the defendant may face up to 16 months in jail, two to three years in prison, and/or a fine of up to $10,000.

In cases where severe bodily injury occurs, Section 243(d) makes it clear that it's possible to charge the battery as a misdemeanor or a felony. If a misdemeanor, this could mean up to one year in a county jail, while a felony brings a potential prison sentence of two, three, or four years in a state prison. A felony in California also falls under the Three Strikes law, meaning that if this is the defendant's third strike conviction, they may face 25 years to life in prison.

If the defendant is convicted but placed on probation instead of jail time, it may last no longer than three years. It is also possible the court will sentence the defendant to pay up to $5,000 to a battered women's shelter and remunerate the victim for counseling and other expenses that resulted from the crime.

Domestic battery in Santa Barbara is defined under California Penal Code § 243(e) as battery involving an intimate partner, such as a:

Physically contacting an intimate partner by grabbing, hitting, or knocking something out of their hand can be charged as domestic battery. This difference between a misdemeanor and a felony charge is when the incident involves physical injuries like broken bones or cuts that need stitches.

The Aron Law Firm has considerable experience examining criminal charges, including felony battery, to discern the weaknesses in the prosecution's case to create a robust defense strategy.

Defenses that may potentially be used in a felony battery case include:

Being under the influence of drugs or alcohol is not a legitimate defense to a felony battery charge. For example, suppose you are intoxicated and throw a glass at someone that causes injuries substantial enough to require stitches. In that case, you may be charged with aggravated battery, whether or not you recall the incident after the alcohol has worn off.

The most robust defense to a felony battery charge is having an experienced and knowledgeable defense lawyer protecting your legal rights. At the Aron Law Firm, we are dedicated to upholding our clients' rights and zealously fighting for the most advantageous outcome so they can move forward in their lives.

California carries harsh penalties for felony battery charges that can negatively impact your life for years to come. Not only your freedom but also your reputation, future career, and living prospects can be significantly affected. If you face charges for felony battery in Santa Barbara, you need trustworthy legal counsel with the domain expertise to navigate the criminal system.

At the Aron Law Firm, we focus on a singular objective—getting our clients to a better place. While we can't change the past, it is our collaboration with clients in need of criminal defense that can make all the difference. That is why we strongly encourage you to secure legal defense counsel as soon as possible to take advantage of the attorney–client relationship and create the best defense to a felony battery charge based on the facts surrounding your case.

To speak with an experienced battery defense attorney at the Aron Law Firm about your situation, schedule a confidential consultation by completing a contact form or calling 805-618-1768.