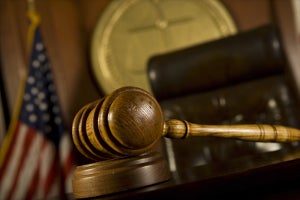 Child abuse is one of the most severe charges a person may face in Santa Barbara. This criminal allegation may carry extensive and strict penalties that can have harsh consequences lasting a lifetime. While California laws are in place to protect vulnerable children, they should also safeguard parents and caregivers who may be wrongfully accused of child abuse.

Often, child abuse claims result from a misunderstanding or false allegations stemming from hostile divorce battles or child custody disputes. Anyone found guilty may face stringent penalties, including time in prison and substantial fines. If you are accused of child abuse in Santa Barbara, you need experienced and skilled legal representation to defend your rights and freedom. Attorney William Aron of the Aron Law Firm can advise you on your legal rights and available options to defend against these allegations. Our legal team is skilled in handling high-stakes litigation and can help build a powerful defense on your behalf.

How is Child Abuse Defined Under California Law?

About one in four children in the U.S. reportedly experiences child abuse or neglect, resulting in severe injuries or a lifetime of mental or emotional trauma. A child abuser is defined under California Penal Code 273d(a) as:

“Any person who intentionally inflicts upon a child any inhumane or cruel corporal punishment or injury resulting in a traumatic condition.”

Physical abuse: Regardless of intent, physical child abuse occurs when a child is injured with bruises, broken bones, or any damage to the body, often as a result of beating, hitting, kicking, throwing, or shaking.

Emotional abuse: This type of abuse is defined as a continual pattern of ill-treatment that negatively affects a child's personal development. Emotional abuse can result in ongoing threats, extreme criticism, withholding affection from a child, or unreasonably restraining a child.

Sexual abuse: Sexual abuse of children involves using a child for sexual gratification that may include persuasion, inducement, or coercion to engage in sexual activity. Sexual abuse may also include child prostitution, rape, indecent exposure, or exploitation through child pornography.

Child neglect: A charge of neglect can result from various actions, including failing to properly care for or supervise a child, failing to meet their basic needs, failing to provide the necessary education, or exposing a child to domestic violence.

What are the Penalties for Child Abuse in Santa Barbara?

Child abuse is considered a “wobbler” offense and may be charged as a misdemeanor or felony, depending on the nature of the crime and whether the child was injured.

If you are charged with a misdemeanor child abuse offense, you may face up to one year in county jail and up to $6,000 in fines. If you are charged with a felony child abuse offense whereas the child may have suffered a traumatic condition, the penalties under California Penal Code Section 273d provide for up to six years in state prison. A conviction for a second offense may subject you to an additional four years in state prison.

The penalties for child abuse when it results in a comatose state, paralysis, or death may involve a prison sentence of 25 years to life in prison. Child sexual abuse is a felony offense, and the penalties may include up to ten years when violence or force was used to commit the act. If convicted, an additional fine of up to $10,000 may also be imposed as well as a requirement to register as a sex offender under penal code section 290, which may drastically impact the rest of your life.

What Defense Strategies May Be Used Against Child Abuse Charges?

If you face child abuse charges in Santa Barbara, potential defense strategies that the Aron Law Firm may use in your case may include:

Demonstrating that the abuse was unintentional

Showing that you exercised your legal right to discipline

Indicating you were falsely accused (i.e., someone invented the story)

For example, you may not be guilty for abuse if the child was left with another person and you had no reason to suspect they would harm or endanger the child.

Accusations of child abuse can have lasting consequences that may drastically impact the rest of your life. You must not take these charges lightly—contact skilled legal counsel to advocate for your rights and build a robust defense against the charges. If you are questioned by law enforcement, it is imperative that you do not confess to anything or try to manage the situation without an experienced criminal defense attorney by your side.

At the Aron Law Firm, our seasoned defense attorneys will investigate mitigating factors or work to prove that the accusations are unfounded altogether to clear your name. Experienced lawyer William Aron served as a Deputy District Attorney in the San Francisco Bay Area. He has handled countless high-stakes criminal cases, developing jury trial skills to protect your rights, your freedom, and your reputation.

To speak with an accomplished criminal defense attorney about child abuse accusations, schedule a consultation by completing a contact form or calling 805-618-1768.