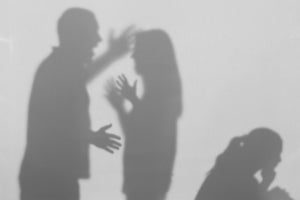 When law enforcement believes that domestic violence is present within a relationship, family dynamic, or a simple cohabitation arrangement, they are required to intervene. Frequently, feelings of frustration, anger, and embarrassment can be taken out of context and interpreted as domestic violence. It is not uncommon for unwarranted domestic violence accusations to be filed amid pending divorces or complex custody battles.

What Acts are Considered Domestic Violence Under California Law?

You may face domestic violence charges for acts considered to be deliberate intimidation, physical assault, sexual assault, battery, or other violent behavior associated with a repeated pattern of power and control committed by family members, co-parents, and significant others or one intimate partner against the other. While the frequency and severity of domestic violence varies, it can include:

According to the National Coalition Against Domestic Violence (NCADV), 32.9% of women and 27.3% of men in California experience domestic violence from an intimate partner at least once in their lifetimes.

Under California law, domestic violence offenses may include allegations such as:

Domestic Battery under PC Section 243(e)(1): A misdemeanor charge that includes the infliction of violence against a former or current spouse, boyfriend/girlfriend, fiancé, intimate partner, co-parent, or cohabitant. The victim who brings forth the charges is not required to demonstrate visible injuries to file charges for domestic abuse.

Criminal Threats under PC Section 422: This offense can be charged as a misdemeanor or felony and involves willfully threatening severe harm to someone you intend to frighten, causing the victim to be afraid.

Corporal Injury to a Spouse under PC Section 273.5: To inflict “corporal injury” means to cause traumatic injury on a former or current partner or cohabitant. This criminal offense may be charged when there is visible physical harm and can be considered a misdemeanor or felony.

Child Abuse/Child Endangerment under PC Section 273(a): This offense can be charged when a parent or legal guardian willfully allows a child to be harmed or allows the child to be in a situation that risks their health or safety.

Corporal Punishment under PC Section 273(d): This domestic violence offense involves “corporal punishment” on a child, wherein the conduct is considered cruel or inhumane and causes injury. However, a parent's reasonable discipline to a child, like spanking, is not a violation of this law and can be used as a defense for the charge.

Elder Abuse under PC Section 368: A person can be charged with this offense for physically or emotionally abusing, neglecting, financially exploiting, or endangering an older adult 65 years or older.

What are Potential Penalties for Domestic Violence Charges in California?

Domestic violence is a severe accusation in Santa Barbara. Depending on the details surrounding your case and whether you have previous criminal charges on your record, you may face either misdemeanor or felony charges.

Penalties for a misdemeanor domestic violence offense may include:

A conviction for a felony domestic violence offense may result in the same penalties as a misdemeanor, but rather than a short-term jail sentence, you may face up to three years in state prison or possibly a much longer period of prison confinement, depending upon the specific allegations. Domestic violence cases are complex and often involve one person's testimony against another. If you encounter any of these accusations, it is essential that you hire a knowledgeable and experienced Santa Barbara domestic violence defense attorney immediately.

Domestic violence charges may carry severe consequences that may result in a restraining order that requires you to leave your home, denial of access to see your children, loss of employment, and a damaged reputation with your family, friends, and within your community. Additionally, a conviction may affect your right to own or carry a firearm and prevent you from specific employment opportunities.

To speak with a domestic violence defense attorney, schedule a consultation by completing a contact form or call (805) 618-1768.