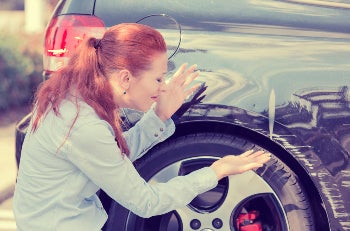 Drivers in Santa Barbara have a legal duty to stop after a car accident and render reasonable assistance to others involved. California's hit-and-run laws are intended to prevent drivers from fleeing an accident scene before they stop, provide identifying information, and offer help to anyone injured in an accident.

If the owner of the vehicle you hit was not present, you are legally required to leave a note with this contact information. Fleeing the scene without leaving a note and contacting the police may result in a misdemeanor hit-and-run charge, necessitating a Santa Barbara hit-and-run lawyer's legal aid.

Further, you must provide appropriate aid to anyone hurt in an accident. Contact emergency personnel so anyone injured receives medical care. Any driver who fails to follow these steps after a collision may be accused of a criminal hit-and-run charge.

What Are the Penalties for Hit-and-Runs in Santa Barbara?

Criminal penalties for hit-and-runs differ depending on the severity of the wreck and the amount of property damage or personal injuries sustained. In California, a hit-and-run charge is considered a “wobbler,” meaning prosecution may charge this crime as a misdemeanor or a felony. If no injuries were involved in your hit-and-run accident, you may be charged with a misdemeanor.

Penalties for a misdemeanor hit-and-run charge in Santa Barbara may include:

If the accident led to fatalities or injuries to individuals other than yourself, you may be charged with a felony hit-and-run. If you are accused of this charge, you may face the following consequences:

Leaving the scene of an accident may additionally result in a revocation of your driver's license. Aggravating factors to hit-and-run penalties include driving while intoxicated or driving without a valid license.

Often, insurance companies do not cover damages from a hit-and-run accident. Should the injured party file a lawsuit against you for a hit-and-run, you may have to pay for civil damages awarded to the plaintiff out of pocket.

How Can a Santa Barbara Hit-and-Run Lawyer Help?

For the prosecution to garner a conviction of a hit-and-run, they must prove that you intentionally fled the scene of the accident despite knowing you caused damage or injury. As a result, hit-and-run defense lawyers at the Aron Law Firm may utilize the following defense strategies against hit-and-run charges in Santa Barbara:

Aron Law Firm is led by William Aron, whose previous experience includes serving as Deputy District Attorney in the Bay Area. He and his team advocate for their clients to achieve the most favorable outcome for their unique situation. To speak with an experienced hit-and-run lawyer about your situation, schedule a confidential case review by calling (805) 618-1768 or completing a contact form.