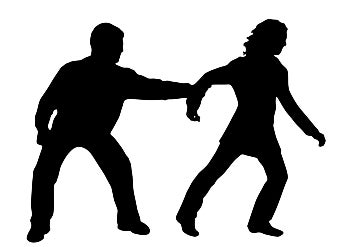 Just as rape may occur between two strangers or two acquaintances, rape may also occur between husbands and wives. Marital rape—sometimes referred to as spousal rape—is a significant felony offense in California. A defendant who is convicted of marital rape under Penal Code § 262 may face the same penalties as another rape case. If you've been arrested for marital rape in California, consult a criminal defense lawyer who may protect you against the penalties that stem from a conviction.

Safeguarding those charged with sex crimes is sometimes complicated based on the delicate nature of the crime, the often impassioned protest from the media, and the prosecution's unfavorable portrayal of the accused individual. Nevertheless, a seasoned Santa Barbara criminal defense lawyer may be able to raise a number of defenses to reduce or completely eliminate the marital rape charges against you.

How Is Marital Rape Defined in California?

Rape is considered any sexual intercourse carried out by force or under the risk of injury against a person's will or with a person who is below a certain age, or who is unfit to effectively consent because of mental illness, mental deficiency, intoxication, unconsciousness, or deception. Marital rape, as an extension, is considered any kind of rape between spouses.

Until 1975, all U.S. states had a “marital exemption” wherein a spouse could rape their partner without fear of legal consequences. By 1993, every state passed laws against marital rape. However, sometimes, it is still more difficult for a victim to prove that they did not consent to intercourse with a spouse than it would be to prove non-consent with a stranger.

Today, the State of California defines marital rape in Penal Code § 262 as an act of sexual intercourse under any of the following circumstances:

If a defendant is found guilty of raping their partner, they may be sentenced to up to eight years in state prison, depending on the crime's specific elements. In some cases, the convicted individual may also be required to register as a sex offender in California.

There are a few possible defenses to the crime of marital rape in California. They include:

Don't try to face your case alone. An expert Santa Barbara marital rape defense attorney may best be able to help you comprehend the law and strategize a winning approach based on the circumstances of your case.

For questions about how marital rape and consent are defined under California law or to examine your case with one of our Santa Barbara criminal defense attorneys, get in touch with the Aron Law Firm as soon as possible. Our experienced lawyers are devoted to protecting your rights by investigating your case in detail and building a robust defense.

At the Aron Law Firm, we have experience protecting clients from a wide variety of criminal charges. We take a client-centered approach that aims to make the legal process as painless as possible. To speak with a criminal defense attorney, schedule a consultation by calling (805) 618-1768 or completing our online contact form today.