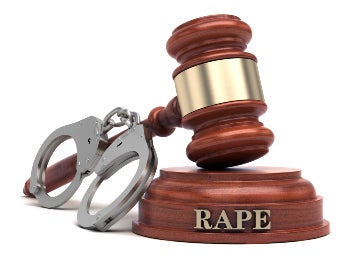 An accusation of rape is one of the most severe allegations anyone may face in Santa Barbara. Rape charges may have devastating and immediate repercussions on an individual's personal and professional life that may result in broken relationships, lost wages, and loss of professional prospects long before a case even goes to trial.

What Constitutes Rape According to California Law?

What Are Potential Penalties for Rape Charges in Santa Barbara?

Rape is considered a felony offense in Santa Barbara and across California. The potential penalties are severe and may include:

Not only may a rape conviction in Santa Barbara leave a permanent criminal record, but it also may require the defendant to register as a lifetime tier-three sex offender in the state of California. That may cause numerous complications for an individual for the rest of their life, from finding a place to live to gaining meaningful employment.

What Defense Strategies May Be Used Against Rape Allegations?

An accusation of rape is extremely serious, but a seasoned criminal defense lawyer may be able to help you develop the best possible defense to reach the most favorable outcome after reviewing the facts of your case.

To garner a conviction, the prosecution must prove beyond a reasonable doubt that you were physically there and that consent was not granted. A lawyer may help examine the evidence in your case, such as witness accounts, physical evidence, and testimonies, to critique the prosecution's claims. The specifics of your case may establish how your attorney may build your defense.

Some common defense strategies that may be used against rape accusations include consent, false identification, and false accusations.

A person may give consent verbally, by saying “yes,” or non-verbally. Non-verbal cues may include removing clothing, breathing heavily, or moaning. These cues may demonstrate that you were reasonable in determining that a partner granted consent. “Reasonable belief” indicates that the average person would have believed that consent was present, despite it not being explicitly stated.

Often, situations that lead to rape accusations happen in environments where drugs and alcohol are present. That may consequently lead to a case where you are mistakenly identified as the aggressor. In these cases, DNA evidence may play a crucial role in your defense.

In some cases, the victim may lie about being raped as an act of revenge. In defense against false rape claims, an experienced rape defense lawyer with strong cross-examination abilities may be able to undermine the allegations against you and emphasize unexplained inconsistencies that emerge under examination.

Rape allegations may turn your life upside down. If you're accused of rape, it's understandable to feel stressed and worried about your future. Considering the possibility of a lengthy prison sentence, sex offender registration, and a permanent criminal record, it is vital to secure a seasoned and dedicated rape defense attorney immediately. Creating a robust defense without delay to defend against the accusations against you is essential.

At the Aron Law Firm, our Santa Barbara criminal defense lawyers are committed to helping our clients fight unfair criminal charges. Led by former Deputy District Attorney William Aron, the Aron Law Firm's rape defense lawyers may investigate your case in detail to protect your rights and your freedom. To speak with a rape defense attorney today about your situation, schedule a confidential case review by completing a contact form or call (805) 618-1768.