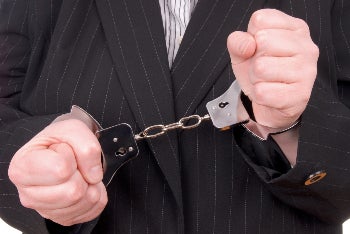 If you're facing criminal charges for resisting arrest in California, you may be perplexed and anxious about how to defend yourself. After all, resisting arrest is an example of a subjective crime that leaves police officers with complete power to decide whether to charge an individual. But it's important to understand that resisting arrest is one of the most overcharged crimes in California and preparing a thorough defense is critical to avoid a conviction for this charge.

Defenses to a resisting arrest charge depend on the facts and circumstances of each case but may include an argument that you were unlawfully arrested. A best-in-class criminal defense lawyer may advise you of your rights and defenses and help you navigate the complicated California legal system.

How Does a Prosecutor Prove Resisting Arrest in California?

Resisting arrest, according to California Penal Code § 148, is defined in the following way:

“Every person who willfully resists, delays, or obstructs any public officer, peace officer, or an emergency medical technician…in the discharge or attempt to discharge any duty of his or her office or employment, when no other punishment is prescribed, shall be punished by a fine not exceeding one thousand dollars ($1,000), or by imprisonment in a county jail not to exceed one year, or by both that fine and imprisonment.”

In other words, in order to prove that you were resisting arrest, the prosecutor must demonstrate that the following elements are true:

By those terms, you may still face charges for resisting arrest, even if you're not being arrested, as long as you obstruct a public officer in an attempt to prevent them from doing their job. Likewise, you may still be charged and convicted for resisting arrest even if you're not found guilty of the crime for which the officer was attempting to arrest you.

Examples of Resisting Arrest in California

However, simply asking an officer to loosen their grip to avoid feeling pain from handcuffs isn't considered resistance in California.

Sometimes, officers use “resisting arrest” as a catch-all for any behavior that makes an investigation or arrest more difficult. If you believe this to be the case, it's imperative that you call a skilled criminal defense lawyer as soon as possible to assess the events surrounding your arrest and determine your legal options to challenge the allegations.

There are several ways to defend against resisting arrest charges in California. For instance, your attorney may argue the following:

If you were unlawfully arrested, that means that the actions of the officer or EMT were illegal and that you had every right to resist. This may include executing a search warrant based on facts known to be false, arresting someone without probable cause, racial profiling, and using excessive or unreasonable force.

Self-defense is also a fairly common argument and may be applied when a police officer is using excessive or unreasonable force against you. However, it's important to note that you may not use any more force than you believe is necessary to protect yourself. A trusted criminal defense lawyer may help you understand and sort out the appropriate defenses to execute based on the circumstances of your case.

If you're confronted with accusations of resisting arrest, it's essential that you contact an experienced criminal defense lawyer who knows California law and may help you defend against your alleged actions. The expert attorneys at the Aron Law Firm, led by William M. Aron, are here to investigate your case in detail and build a robust defense. Our legal team is well-versed in protecting clients from resisting arrest charges and are dedicated to helping them avoid the consequences that stem from this offense.

Mr. Aron—who previously served as a Deputy District Attorney and has substantial experience with a broad variety of criminal cases—takes a client-centered approach and aims to make the legal process as painless as possible. To speak with a resisting arrest defense attorney, schedule a consultation by completing our contact form or calling us at (805) 618-1768.