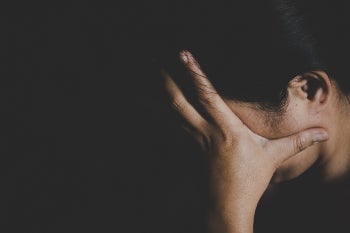 Sexual battery—the act of making unwanted and sexually offensive contact with an intimate body part of another person—is taken very seriously in the state of California. If you're accused of sexual battery, it's imperative that you act quickly with strong guidance.

Defending those charged with a sex crime may be complicated due to the sensitive nature of the crime, the emotional outcry from the media, and the prosecution's adverse portrayal of the person accused. However, an experienced Santa Barbara criminal defense lawyer may be able to raise a number of defenses on your behalf that could reduce or completely eliminate the misdemeanor or felony sexual battery charges against you. Here's what you need to know.

How Is Sexual Battery Defined in California?

Sexual battery, according to California Penal Code 243.4, is defined by the following terms:

“Any person who touches an intimate part of another person while that person is unlawfully restrained by the accused or an accomplice, and if the touching is against the will of the person touched and is for the purpose of sexual arousal, sexual gratification, or sexual abuse, is guilty of sexual battery.”

In other words, to garner a conviction of sexual battery, the jury must be able to prove beyond a reasonable doubt that you touched an intimate part of another individual's body (defined by California Penal Code 243.4 as the victim's groin area, buttocks, or female breast), the touching was against their will or without their consent, and it was for the specific intent of sexual gratification, sexual arousal, or sexual abuse.

Note that a sexual battery charge doesn't require the defendant to complete an act of penetration or sexual intercourse. Likewise, you may face conviction even if you are in a sexual relationship with the alleged victim. Legally, “touching” means making contact with an intimate part of the alleged victim either directly or through their clothing.

Are You Required to Register as a Sex Offender After a Sexual Battery Conviction in California?

In addition to a potential prison sentence and a hefty fine, individuals convicted of sexual battery may also be required to register as a sex offender in accordance with California Penal Code 290. California law requires sex offenders to register every year within five working days of their birthday and every time they move to a new address.

Defenses to Sexual Battery in California

There are several possible defenses to the crime of sexual battery in California. They include:

It's important that you don't try to handle this type of case alone. An expert Santa Barbara sexual battery defense attorney may best be able to help you understand the law and develop a winning defense strategy depending on the circumstances of your case.

If you're confronted with accusations of sexual battery, contact an experienced Santa Barbara criminal defense lawyer who knows California law and may help you defend against your alleged actions. The expert attorneys at the Aron Law Firm, led by William M. Aron, are here to protect you against your accusations by investigating your case in detail and building a robust defense. Our legal team is well versed in protecting clients from sexual battery charges and is dedicated to helping them avoid the consequences that stem from this offense.

The Aron Law Firm takes a client-centered approach and aims to make the legal process as painless as possible. To speak with a sexual battery defense attorney, schedule a consultation by completing our contact form or by calling us at (805) 618-1768.