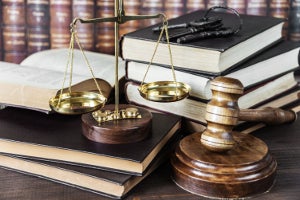 As people continue to engage in sexual activity at younger ages, understanding the laws surrounding statutory rape becomes more important.  Similarly, as our society becomes less tolerant of women's rights in general, and sexual malfeasance, specifically, the stigma associated with a statutory rape conviction may create consequences as least as severe as the associated criminal punishment.

PC 261.5 defines statutory rape as an adult (a person over 18 years of age) having sexual intercourse with a person that is not a spouse and is under 18 years old.  Under PC 261.5, it does not matter if the sexual act appears to be consensual since the law dictates that persons under 18 years of age are unable to give consent to engage in sex with an adult as a matter of law.

You also may not be able to claim a defense to statutory rape under PC 261.5 if the younger person initiated the sexual activity or if the persons were close in age.  Furthermore, any amount of penetration, however slight, is sufficient to constitute the sexual act requirement for statutory rape under PC 261.5.  Most shockingly, two minors (persons under 18 years of age) may both be prosecuted for statutory rape for engaging in otherwise consensual sex as they both would have technically had sex with another minor.  Persons under the age of 18 may be prosecuted as either adults in Superior Court or within the context of the juvenile justice system depending upon the specific allegations, context, and discretion of the prosecution.  This underscores the importance of retaining a criminal defense attorney with experience defending statutory rape allegations as early in the process as possible.

PC 261.5 may be charged as a misdemeanor or a felony

A statutory rape charge under PC 261.5 is considered a “wobbler” meaning the District Attorney's Office has the discretion to bring charges as either a misdemeanor or a felony depending upon numerous factors, such as prior criminal history, the specific facts of the case at hand, and other contextual information.

One of the most important factors may be the age gap between the persons engaged in the sexual act.  For example, if the age difference between the parties was three years or less at the time of the sexual encounter, misdemeanor charges are often levied.  On the other hand, if there was greater than a three-year difference in age at the time of the incident, the prosecutor has complete discretion as to if the case will be initially categorized as a misdemeanor or a felony.

Penalties for a statutory rape conviction under PC 261.5

A conviction for misdemeanor statutory rape under PC 261.5 may lead to a sentence including up to one year in the county jail and up to a $1000 fine.  A felony statutory rape conviction may lead to up to three years in state prison, however, if the younger person was over 21 at the time of the sexual act and the younger person was under 16, the maximum state prison exposure expands to four years.

In addition to the aforementioned criminal consequences, a statutory rape conviction may lead to civil penalties of up to $25,000.  Also, even if you are not convicted of statutory rape under PC 261.5, mere allegations may lead to civil lawsuits where the standard of proof is much lower and you could be forced to pay substantial sums of money in light of a settlement or an adverse judgment in a civil jury trial.

Common statutory rape defenses include false allegations, which are disturbingly common as well as mistaken facts. In the latter scenario, the accused must have honestly and reasonably believed that the other person was over 18 years of age at the time of the sexual act.  Consent, by itself, can never be a defense to statutory rape.

Related but different charges include rape under PC 261 and lewd or lascivious acts with a child under PC 288.

Regardless of the unique circumstances, it is always advisable to retain an experienced criminal defense attorney as soon as possible given the seriousness of statutory rape or related charges.