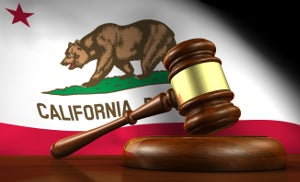 Multiple criminal offense convictions in the state of California may lead to increasing penalties and consequences with each subsequent offense. Jail or State Prison time may range from days to a lifetime, depending upon the specific facts and the associated criminal allegations. For repeat offenders, you must have an experienced criminal defense attorney who understands how to protect your rights and prevent the loss of your freedom when facing prosecution under California's Three Strikes Law.

How the Three Strikes Law Works

Much like baseball, California takes the approach that after three strikes, you're out. This law has been a hot topic of debate since its implementation in 1993 because of its seemingly unmerciful approach to crime and rehabilitation. To make matters worse, you may face substantially more severe punishment with a first or second “strike” allegation as this law impacts those with less than three distinct criminal “strike” allegations.

When you commit a felony offense, particularly a violent one, you begin to accumulate “strikes” against your record. Upon receiving a third felony conviction for a violent offense, state prosecutors may ask the court for a sentence of 25 years to life. While this may seem harsh, this version of the Three Strikes Law may take into account specific circumstances of a crime before sentencing you to prison for the rest of your life.

This was not the case before the passage of Proposition 36 in 2012. Before that point in time, someone could face prison time for any third conviction of a serious crime. It did not matter if it was a felony or misdemeanor or if it involved violence or not. In those days, all that mattered was the court's view that the repeat offender had again committed a serious crime.

Depending on the severity of a charge, the impact of the Three Strikes Law on a case was at the discretion of the court. Keep in mind that when originally put into effect, this legislation had the intention of punishing offenders who repeatedly committed crimes, but the courts determined what offenses qualified. This situation resulted in California experiencing a much-needed drop in violent crime—but also an increase in non-violent offenders going to prison for life.

Imagine a world where a third conviction of larceny could receive the same sentence as a third conviction of homicide. That was how the criminal justice system worked until 2012, when the state of California revised its law. The people of California voted in favor of the revision, named Proposition 36. Now, only repeat offenders with violent felonies are eligible for the Three Strikes Law.

Proposition 36 was a ground-breaking step in the right direction because it provided an opportunity for a reduction in sentencing for roughly 3,000 non-violent Third Strike offenders. More than that, it has saved the people of California a vast sum of money since its implementation—upwards of $100 million a year, according to the California voter guide.

What Qualifies as a Third Strike Offense Today?

There is a list under California Penal Code Sections 1192.7(c) and 1192.8(a) covering felonies that qualify for Third Strikes. Under these two sections, the following crimes qualify as Third Strike offenses:

Be aware: If you have committed two of the felonies above, one more may put you under the Three Strikes Law. While this law no longer severely affects non-violent felons, the punishment against violent criminals has not changed. If you receive a Third Strike, you are still subject to 25 years to life in prison.

If you or a loved one is facing a third violent crime charge that may qualify for a life sentence under California's Three Strikes Law, it is imperative to seek legal counsel right away. Cases where you could go to prison for 25 years or more come with devastating consequences if you are not defended by a knowledgeable criminal defense attorney.

The Aron Law Firm brings decades of experience to work in your defense. As a previous California Deputy District Attorney, Mr. Aron understands how and why a court would take the drastic step of sending you to prison for a lifetime. With this firsthand knowledge, our legal team can work to not only protect your rights and freedom, but potentially come to an agreement that could avoid seeing you locked away for the rest of your life. Contact our office today at (805) 618-1768 or online to schedule a case evaluation right away. Our knowledgeable legal team is standing by to advise you on the next best steps to get through this difficult time in your life.