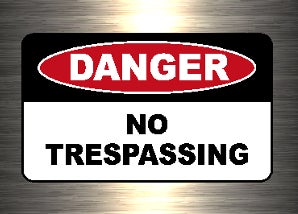 Trespassing or “criminal trespass” may be defined under Penal Code Section 602 as entering or remaining on another's property with the specific intent to deprive that person of his or her property rights and there must be an actual impairment of said property owner's rights. In short, you may be charged of trespass under PC 602 if you go onto someone's property without permission or the right to do so.

Criminal trespassing under PC 602 is a fairly broad statute, which may apply to a wide range of factual scenarios. For example, PC 602 trespass charges may be filed if someone enters a doctor's office and blocks the main area in front of the receptionist, thereby interfering with the ability of patients to check in for their appointments. This disturbance in normal business operations would almost certainly constitute trespass under PC 602. Another example of trespassing under PC 602 would be a scenario whereby a transient person jumps over a fence and sets up a tent in a homeowner's backyard without obtaining permission to do so.

As you can imagine trespass under PC 602 is a flexible statute that gives prosecutors broad discretion as to how they may levy criminal charges. PC 602 may also be utilized as a plea bargain tool to mitigate related but more serious charges. Examples might include, Criminal Threats per PC 422, Burglary under PC 459, Vandalism under PC 594, or even Aggravated Trespass under PC 601, which involves trespass preceded by a threat, and may be charged as a felony at the prosecutor's discretion. Some prosecutors will even charge trespass alongside domestic violence allegations or other seemingly unrelated offenses.

Consequences of a Trespass Conviction

Trespass under PC 602 is a misdemeanor and carries a maximum of penalty of six months in the county jail and a $1000 fine. This can be distinguished from PC 602.8, which is a trespass offense for mere entry on lands under cultivation where a sign stating “no trespass” is clearly visible. While PC 602.8 is a mere infraction, meaning the punishment is a fine only, the other end of the spectrum can be found under PC 601, which is aggravated trespass and can be charged as either a misdemeanor or a felony. If a misdemeanor is charged, the maximum penalties include up to one year in the county jail, while a felony filing could garner up to three years of custody time.

There are numerous possible defenses to trespassing charges, including denial that there was every entry onto another's property. More technical defenses might involve asserting that there was a legal right to be on the property and therefore no trespass occurred. An example of such a circumstance might be where an inspector remains on the property to complete his job after he was asked to leave the premises. Another defense might be that you never interfered with the owner's property rights whatsoever. This defense to trespass might be asserted if you went onto another's property for a very brief time and were in the process of leaving (without causing any harm or depriving the owner of any property rights) as you were being arrested or cited for trespass. In short, trespass is a malleable criminal statute, whether charged under PC 602, PC 602.8, or PC 601; therefore, a comprehensive factual and legal analysis is necessary to evaluate what defense might be most applicable to any specific set of circumstances.

At the Aron Law Firm we have substantial experience and an excellent track record with not only trespass matters, but all other types of criminal charges. No matter your issue, we are here to help. Give us a call to confidentially discuss your case today: 805-618-1768.