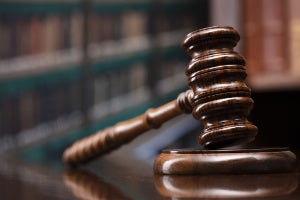 While there are several California statutes that may apply to what is commonly known as “vehicular manslaughter,” one of the most common applicable charges can be found under Penal Code Section 192(c). You may be convicted of vehicular manslaughter under PC 192(c) if you were driving a motor vehicle unlawfully or recklessly and you caused the death of another person.

You may be charged with vehicular manslaughter under PC 192(c) even if the violation of the law was relatively minor. For example, a low-level infraction such as making an improper U-turn may lead to a conviction under PC 192(c) if the act of making the illegal U-turn led to the loss of human life.

Furthermore, one not need violate any law in order be charged with vehicular manslaughter as mere negligence or recklessness may be sufficient to garner a conviction under PC 192(c). For example, a prosecutor could bring vehicular manslaughter charges if a driver simply takes her eyes off the road to change the radio station, and while doing so crashes into another vehicle, causing the death of at least one other person.

Another scenario that may lead to charges under PC 192(c) would be if the driver of a vehicle takes action with her vehicle based upon financial motivation and that action leads to the death of another. An applicable example would be a scenario where a driver intentionally crashes her car in an attempt to try to collect insurance money and in the process of doing so, inadvertently kills another person.

Vehicular manslaughter under PC 192(c) is a “wobbler,” which means that PC 192(c) charges may be filed as either a misdemeanor or a felony, depending upon whether the driver acted with “negligence” or “gross negligence,” the specific circumstances of the incident, the defendant's criminal history (or lack thereof) and other contextual factors.

The distinction between misdemeanor and felony prosecution is substantial. If convicted of PC 192(c) as a misdemeanor the maximum penalty is one-year on the county jail while a PC 192(c) felony conviction may lead to a state prison sentence of up to six years.

Other Variations of Vehicular Manslaughter

Furthermore, if someone is killed with a vehicle during the commission of a felony than one may be charged with murder under PC 187 pursuant to the “felony murder rule,” which holds felons responsible for the consequences of their actions, even if the loss of life was accidental.

Finally, if the driver was intoxicated at the time of the incident that led to a loss of life, she may be prosecuted for murder as she would have received an admonishment during her prior DUI case in the form of what is known as a “Watson Advisement,” which expressly warns that driving while impaired may be hazardous to human life and that a future incident that leads to the loss of life may expose the driver to a murder prosecution.

At the Aron Law Firm, we have substantial experience and expertise in high-stakes vehicle-related cases and we work closely with our clients to create tenable solutions to difficult situations. Complete our contact form or give us a call to start a confidential dialogue today: 805-618-1768.