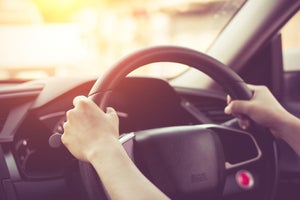 There are many reasons that your license may be suspended. Some of the most common causes of suspension include:

In order to charge you with driving on a suspended license, the prosecution must prove each of the following components:

If you have a suspended driving license, you may not legally operate a vehicle until you take the steps necessary to reinstate your driving privileges.

Proving Awareness of Driving with a Suspended License

When trying to prove that a driver is guilty of driving on a suspended license, the prosecutor's argument will most likely center around proving that the driver had knowledge of their suspension. In California, you are usually presumed to have had knowledge of your suspension if:

Possible Penalties for Driving on a Suspended License

These are just a few of the penalties that can result from driving under a license suspension. The best way to minimize penalties is to work with a criminal defense lawyer.

The Aron Law Firm has a proven track record of successfully defending drivers against charges of driving on a suspended license. Our skilled attorneys can analyze the factors surrounding your case and develop a strong defense that will succeed in court. To schedule a consultation with one of our experienced lawyers, call today at (805) 618-1768 or fill out our online contact form.