Is it Important to Pass a Field Sobriety Test after a CA DUI? 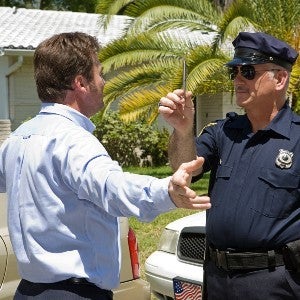 If law enforcement suspects that you're driving with a BAC above California's legal limit, they have the right to stop you for questioning, search for evidence, and make a DUI arrest. In many cases, the officer will seek to confirm their suspicions by performing a field sobriety test. This brief examination—which typically involves a one-leg stand, horizontal gaze nystagmus, and a walk-and-turn in California—is a customary technique police have used for decades to decide if they should arrest a driver on suspicion of drunk driving.

While a field sobriety test is a standard procedure during a DUI stop, most officers don't inform drivers that it's entirely voluntary. In fact, it's rarely in your best interests to partake in a field sobriety test. As many innocent people know, these tests aren't always accurate, and even sober drivers tend to fail. Likewise, the opposite is also true. It's not uncommon to pass the test with flying colors and still be convicted of DUI. So, while passing field sobriety tests can certainly help your case, it's usually in your best interest to avoid participating in these tests.

How Important is Passing a California Field Sobriety Test to My Case?

You may assume that if you pass your field sobriety test, you're free to go. However, this isn't usually the case. Field sobriety tests are just one of many elements police officers use when deciding if enough evidence is present to make an arrest. Police only need “probable cause” to arrest a drunk driver, a standard that can be met if officers can gather enough evidence that a reasonable person would believe a crime has been, is being, or will be committed.

While conducting field sobriety tests plays a crucial role in helping officers decide if they should arrest a driver for DUI, it isn't the only method. Other clues of impairment include the following:

When a lawyer is defending you, they'll likely use your successful field sobriety test as an element of your defense. However, they'll also likely use other techniques to bring into question whether the arresting officer had sufficient grounds to stop you and make the arrest. So, when given the option to take a field sobriety test, it's usually not in your best interest to attempt it for the purposes of your defense. Though a passing score can help your cause, it's usually not worth the risk. In fact, field sobriety tests can be challenging, even for sober people.

Getting arrested for a crime you didn't commit is perhaps your worst nightmare. By agreeing to participate in field sobriety tests, however, this fear may turn into a reality given that these tests are unreliable and often insufficient gauges of a person's sobriety. Here are a few reasons why it's not uncommon for sober people to fail these tests:

There are several other reasons why someone who hasn't been drinking might fail these tests, including illness or uneven pavement. Likewise, these tests don't have any scientific basis and are subject only to an officer's judgment, which is often biased. In fact, research shows that officers are very likely to overestimate a person's BAC based on the results of these tests.

If you failed a field sobriety test and need help defending your rights—or if you passed the test and were still arrested—it's important that you contact a knowledgeable DUI defense lawyer at the Aron Law Firm as soon as possible. Our determined defense lawyers are committed to protecting your rights by investigating your case in detail and putting together a calculated defense. With the right legal team helping you throughout the case, you may be able to sidestep the worst potential consequences for driving under the influence in California.

At the Aron Law Firm, we know how to help clients fight a wide variety of criminal charges, including driving under the influence. Our seasoned legal team will be with you every step of the way. Schedule a consultation today by calling (805) 618-1768 or completing our contact form.