Is There a Distinction Between DUI and DWI in California? 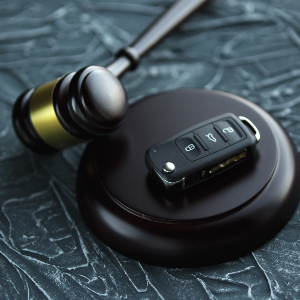 California drivers who have been arrested for DUI (or DWI) often ask about the difference between the two terms, which are often confused and mistakenly interchanged. Though the expressions are similar, there are slight legal differences that are important to discern. Both DUI and DWI refer to the illegal act of driving a vehicle while impaired by alcohol or drugs, but each term refers to a different theory of guilt that the prosecution follows in a resulting criminal case.

Federal law does not distinguish between the two offenses, as there is not a nationwide definition of either violation. Many states define and punish DUI and DWI offenses differently, and the two violations often refer to similar but separate driving behaviors. However, the State of California exclusively uses the term “DUI” to denote any offense in which the driver was impaired or under the influence of drugs or alcohol. Despite the different meanings of each term, either is grounds for potential conviction, and the penalties are the same either way.

Understanding the Differences between DUI and DWI

First and foremost, DUI stands for “driving under the influence,” while DWI refers to “driving while intoxicated.” While they may sound largely indistinguishable on the surface, some states classify them as separate crimes. California recognizes the difference between the terms, but all impaired driving charges are classified as “DUI” and carry the same penalties. Still, it may be helpful to understand the legal differences between each expression.

In states that classify DUI and DWI as distinct criminal charges, DWI is the more severe charge that carries harsher penalties. The difference lies in the higher burden of proof that's required to show that a driver was definitely impaired (driving while intoxicated) than it does to merely show they had alcohol in their system (driving under the influence).

A DUI offense occurs when someone drives with alcohol in their bloodstream. According to the California Department of Motor Vehicles, it is illegal for any person to operate a vehicle in the following circumstances:

In most DUI cases involving alcohol, the defendant is charged with DUI if they were driving with a BAC of 0.08% or higher. This allows the prosecution to pursue two different theories of criminal liability. While the burden of proof for DWI is reached when the officer confirms the BAC with a breathalyzer or other test, the lower burden of proof for DUI arrests is reached almost completely based on the officer's judgment. This may involve field sobriety tests or observations that demonstrate the driver noticeably swerving or affecting others' safety on the road.

Remember that no matter the burden of proof that's reached, both are labeled as a DUI in California and carry the same penalties.

If you or a loved one is facing a DUI charge, speak with a trusted DUI defense attorney as soon as possible. The expert lawyers at Aron Law Firm are here to protect your rights by investigating your case in detail and working to build you a robust defense. We are well versed in DUI defense law and may help you avoid the consequences that stem from this offense.

At the Aron Law Firm, we understand and have experience protecting clients from a wide variety of criminal charges. To speak with a criminal defense attorney, schedule a consultation by giving us a call at (805) 618-1768 or completing our online contact form today.