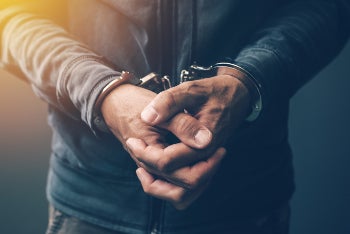 A common misconception is that merely planning to commit a criminal act will not lead to arrest and prosecution. In reality, however, you may be charged with conspiracy for plotting to commit a crime with others. Conspiracy is a concept that may be invoked by the prosecution in order to hold individuals accountable for a crime, even when they may not have been involved with every element of the crime.

Whether you face conspiracy charges or have already been charged, it is imperative that you retain a knowledgeable conspiracy attorney who may represent your interests in your defense. At the Aron Law Firm, we possess the education, skill, and commitment necessary to offer you superior criminal defense representation in your conspiracy case.

Overt acts must go beyond agreeing to commit a crime or planning one, even if the actions are not themselves unlawful. Also, it is not necessary for an agreement to be written or formalized. Conspirators may have entered into such an agreement based on their conduct in committing the crime. In California, those who conspire to commit a crime don't need to know the identities or roles of their fellow members.

Potential Penalties for Conspiracy in California

Even if the crime wasn't committed, the penalties for conspiracy are often similar to those for the actual crime. California Penal Code 182 regulates the penalties for various conspiratorial conducts, including the following:

The conspiracy attorneys at the Aron Law Firm are well aware of the unfairness of conspiracy charges and the severity of the punishment a conviction may carry—often putting innocent or marginally involved parties at risk of serious criminal sanctions. To safeguard your freedom and future, begin working on your defense as soon as possible in order to minimize the impact of a conviction.

Is It Possible to Defend a California Conspiracy Charge?

No matter the circumstances surrounding your arrest, whether you were the subject of a search warrant or have been questioned by law enforcement, hiring a reputable criminal conspiracy attorney in San Luis Obispo may ensure that you are properly protected and defended. A conspiracy defense lawyer may raise a number of defenses on your behalf, which include:

Throughout state and federal courts, the lawyers of the Aron Law Firm are respected for their strategic and meticulous approach to representing clients and their dedication to achieving positive case results. Additionally, conspiracy cases often include other criminal charges, which makes retaining a San Luis Obispo conspiracy attorney all the more important.

It may be challenging to navigate conspiracy charges, particularly when the charges relate to multiple offenses. When you hire a knowledgeable criminal defense attorney to represent your case, you may increase your chance of a favorable outcome. If you face criminal conspiracy charges, an attorney with experience defending clients may have the knowledge and experience to prepare a strong defense.

Contact the criminal defense attorneys at the Aron Law Firm today to learn more about your defense options. Our legal team is committed to defending clients falsely accused of conspiracy and other criminal offenses in San Luis Obispo and will use every resource available to represent you effectively. Call (805) 618-1768 or complete our contact form to set up a consultation today.