Thanksgiving is One of the Top Holidays for DUI 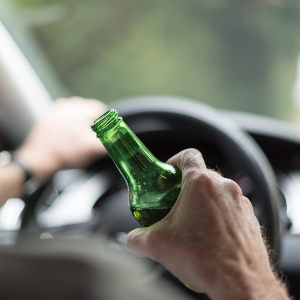 Thanksgiving is always an exciting time of year. It has all the elements of the perfect holiday, including spending time with loved ones, eating comfort food, watching football, and being grateful. But alcohol often takes center stage, leading to a disproportionate number of DUI arrests during the Thanksgiving holiday period. From 2013 to 2017, more than 800 people died in alcohol-impaired-driving crashes on Thanksgiving, according to the U.S. Department of Transportation, making it one of the deadliest holidays of the year.

It's important that you don't let drunk driving, DUIs, and other alcohol-involved incidents ruin your Thanksgiving joy. Here's everything you need to know as we inch closer to the end of November.

Why Are There So Many DUI Arrests on Thanksgiving?

Drinking during the holiday season is a normal practice. Friends and family members get together, companies host holiday parties, and the streets are ornamented with decorations. It's hard not to celebrate. On the flip side, the holidays may be a time of loneliness and stress for many, which may lead to a higher rate of alcohol consumption. Such a spike may become dangerous and deadly, especially considering the other factors at play. Not only are more individuals drinking alcohol, but there are more cars on the road, more people driving late at night, and sometimes poor weather.

Thanksgiving is not always thought of as an alcohol-friendly holiday in the same way as New Year's Eve or the Fourth of July. But the occasion marks a period in which morale is generally high, causing American binge drinking rates to spike. Thanksgiving marks the start of the holiday season and is the beginning of a four-day weekend for most businesses.

The Distilled Spirits Council of the United States notes that more than a quarter of the profits from the $49-billion-a-year distilled spirits industry come during the months between Thanksgiving and New Year's Day. The rate of DUI-related fatalities during the Thanksgiving holiday specifically is 89 percent higher than average.

How to Avoid Drunk Driving During the Thanksgiving Holiday

A little preparation may go a long way toward avoiding an accident on Thanksgiving. Here are a few pointers that may keep you out of trouble this holiday season:

If you've been arrested for driving under the influence, whether you think you're at fault or not, it's important that you reach out to an experienced criminal defense lawyer to help you keep your driver's license and avoid possible jail time.

If you've been arrested for DUI, DWI, or any other drunk driving–related offense, consider contacting a trusted criminal defense lawyer at the Aron Law Firm. Our experienced attorneys may help you minimize or avoid severe penalties and consequences related to your arrest.

Led by Attorney William M. Aron—who previously served as a Deputy District Attorney in California and has substantial experience with a broad variety of criminal cases—the Aron Law Firm takes a client-centered approach and will aim to make the legal process as painless as possible. We're here to fight for your rights. Give us a call at (805) 618-1768 or complete our contact form today.