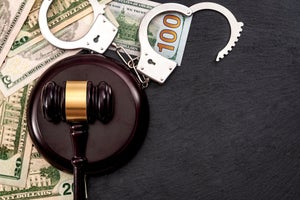 Oftentimes, when a person is arrested for DUI (or any other crime), they are taken to the county jail to be processed and held in custody overnight until they are either released on their own recognizance (OR) or held in jail until their first court date, which is known as the arraignment, unless and until the defendant posts a bail bond.

A bail bond (posting bail) is a process by which a recently arrested person furnishes collateral in the form of money in exchange for their release from custody, as long as they promise to appear at the court date listed on the Notice to Appear document.

What is the difference between a citation and a Notice to Appear document?

If you are arrested for driving under the influence (DUI) of alcohol or drugs, you may be issued what looks like a citation but is in fact a Notice to Appear court document, otherwise known as an NTA. This document will list the charges you will likely be facing while also assigning a court date. You or your attorney must appear on this date, or a warrant may be issued for your arrest. Fortunately, in most DUI cases—with the exception of felonies—a DUI defense attorney may appear in court on your behalf so as to avoid the stress, anxiety, and time expenditure of spending the day in the courthouse for each and every court date.

How is bail set in a DUI case or any other type of case?

Bail is often set based on a specific bail schedule, which is county-specific; each county has their own default bail settings for each and every type of crime that may be committed. For example, a first-time misdemeanor DUI offense might involve a relatively modest bail setting of $5,000–$10,000 dollars, while a felony DUI may prescribe a $100,000 bail setting, pursuant to the local bail schedule. While DUI and other offenses will often have bail set per schedule, it is important to note that the amount in the schedule constitutes a rebuttable presumption, which means that a judge may raise or lower the ultimate bail amount depending upon the specific facts of the case surrounding the DUI (or other) arrest.

How do I post bail in a DUI case?

Posting bail involves furnishing money in exchange for being released from custody. The funds posted for bail are fully refundable at the conclusion of the criminal case as long as all court appearances are made by the defendant or their attorney. Sometimes, property such as a home may be appraised and put up as collateral instead of cash. In order to utilize a property bond, the real estate must first be appraised and the bond must be accepted by the court.

If the incarcerated does not have immediate access to the resources necessary to post bail, then a Bail Bonds company might be able help. A bail bondsman is someone that posts collateral on behalf of an in-custody defendant in exchange for a non-refundable fee. The bail bonds fee is customarily 10% of the amount of the bond. However, this number may be lower for a higher valued bond amount or when the accused is represented by private counsel. For example, on a $50,000 bail setting, the accused would pay the bondsman $5,000 and the bondsman would, in turn, post the entire $50,000 bond on behalf of the defendant. The bondsman is generally willing to afford a discount in the latter scenario because the perceived flight risk is lower once the incarcerated has retained private counsel. The rationale is that a defendant is less likely to hire an attorney and then try to skip out on court dates immediately thereafter, effectively reducing the risk that the bondsman would lose his collateral due to the judge ordering the bond forfeited due to a missed court date.

If I do not post bail in my DUI case, will I be released OR (on my own recognizance)?

Sometimes a defendant will be released OR, meaning they will be released from custody based upon their signed promise to return to court on a prescribed date and to make each and every court date thereafter. This is desirable because the incarcerated may get out of jail without having to incur the costs and logistical burden of arranging payment of bail or utilizing the services of a bail bondsman.

Courts often utilize pre-trial services to interview the accused as well as family and fellow household members to formulate a report that may help the judge in determining if release from custody may be appropriate.

When a judge is determining OR, they may look to two factors: 1) Is the defendant a flight risk? (Meaning, will they make future court appearances if they are released from custody?) and 2) Will the incarcerated prove to be a danger to themself or the community if they are released from custody OR? In DUI cases, judges are generally most concerned with the second factor as public safety is a major issue whenever drinking (or using drugs) and driving are concerned.

The Future of Cash Bail

Cash bail has been the predominant mechanism for ascertaining who is released, pending their court proceedings and who must remain in custody. Critics would argue that this system is unfair as those with access to financial means are treated better than those without such advantages. Opponents of cash bail argue that a risk-based assessment of the individual would be a more equitable way to adjudicate pre-trial custody issues. While the debate rages on, California's SB 10 looks poised to replace the current cash bail system in favor of a system based upon risk assessment.

For a consultation regarding your case, please complete our contact form.

At the Aron Law Firm, we help ordinary people navigate extraordinary circumstances. Give us a call to start a confidential dialogue today: 805-618-1768.