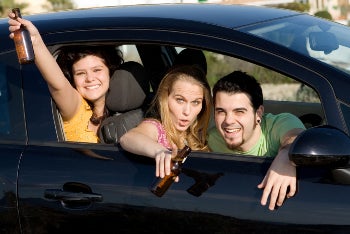 A DUI conviction may influence a person's life at any age. However, an underage DUI arrest and conviction may have a larger impact on an individual's future. If you are under 21 and convicted of a DUI, you may face long-term challenges in finding employment, housing, and education opportunities. If you are under 21 and have been arrested for driving under the influence, it is imperative that you seek legal counsel from a skilled Santa Barbara underage DUI lawyer.

In California, there are two vehicle codes that outline specific laws for underage drinking and driving: California's Zero Tolerance law and California Vehicle Code 23140, which outlines penalties for underage drivers with a BAC of 0.05 percent or greater. While these two codes pertain specifically to underage drivers, it may be possible for minors to face adult DUI charges.

Specifically, if the consumption of alcohol or drugs directly affected the minor's driving and their BAC was found to be above 0.08 percent, the minor may be charged with a standard DUI. The penalties that a minor may face for a DUI offense are case-specific. For a favorable result, it is best for minors to consult with a skilled criminal defense lawyer. Outlined below are the provisions under each of these vehicle codes and the potential consequences associated with a violation of each.

In attempts to curb the problem of underage drinking and driving, California enacted its “Zero Tolerance Law” in 1994. Under this law, it makes it illegal for any person under the age of 21 to drive with a blood alcohol concentration (BAC) of 0.01 percent or higher. For comparison, California's adult DUI laws specify a maximum BAC of 0.08 percent.

Since a BAC of 0.01 percent is quite small, it may result from the consumption of non-alcoholic products, such as cough syrup and cold medicine. This means that even if you have not consumed an alcoholic beverage, but your BAC is greater than 0.01 percent, you may face charges if you are pulled over.

Since a violation of California's Zero Tolerance law is not a crime, it is charged as a civil offense. In some cases, the only penalty for violating California's Zero Tolerance law may be a suspension of the defendant's driving license, also known as an administrative “per se” (APS) suspension. If you did not have a driver's license at the time of your arrest—most commonly, because you are too young—you may be issued an APS suspension that may delay your ability to receive a license for one year.

California Laws for Underage Drivers with a BAC of 0.05 to 0.08 Percent

Under California Vehicle Code 23140, it is an infraction for anyone under the age of 21 to drive with a BAC of .05 percent or higher, which is lower than the legal limit—0.08 percent BAC—that adults must uphold. Similar to California's Zero Tolerance Vehicle Code, this code holds drivers under the age of 21 to higher standard than adults. A violation of this code may result in the following penalties:

These are some of the consequences you may face from an underage DUI with a BAC of 0.05 percent. However, potential penalties may be case-specific.

Under California Law, an adult (standard) DUI may be a misdemeanor offense. Some of the penalties a minor may face for a first-time DUI include:

These are some of the penalties a minor may face if they are charged with a standard DUI. However, the penalties may vary depending on factors such as criminal history and any incurred injuries from the accident.

May I Be Charged for an Underage DUI Under Multiple Vehicle Codes?

While you may not face multiple charges for the same behavior, underage DUI arrests occasionally may result in additional charges for other criminal behaviors. For example, if a minor has an open container of alcohol in their vehicle at the time they are pulled over, that act—in and of itself—is a misdemeanor offense for which they may face charges.

Potential Defenses for an Underage DUI in California

The defense strategy that your lawyer may use varies depending on the specific circumstances of the case. However, some of the most common legal defenses to underage DUIs include:

These are just a few of the common defense strategies a criminal defense lawyer may apply to your case. If you are facing an underage DUI charge in Santa Barbara, the best way to ensure that your rights and future are best protected is to consult a skilled underage DUI lawyer.

There is significant room for error in DUI arrests, meaning that your attorney may have several avenues for providing a solid defense in your case. If you are facing underage DUI charges, contact a quality underage DUI lawyer in California.

At the Aron Law Firm, our attorneys have a proven track record of minimizing the penalties associated with underage DUI cases. To schedule an appointment with one of our experienced criminal defense lawyers, call today at (805) 618-1768 or fill out our online contact form.