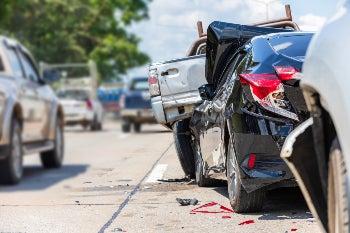 Car accidents are devastating for everyone involved, but none are more catastrophic than when innocent lives are lost. In Santa Barbara, any driver whose actions behind the wheel contribute to another person's death, including other drivers, passengers, and pedestrians, may be charged with vehicular manslaughter. These charges are brought forth based on the belief that a driver's negligent behavior caused the fatal collision. Careless actions behind the wheel that may lead to vehicular manslaughter charges include driving while distracted and intoxicated.

What Is Considered Vehicular Manslaughter in Santa Barbara?

California Penal Code Section 192(c) establishes that any driver whose actions contribute to the unlawful killing of another person has committed a criminal offense. While no one anticipates being in or causing a collision, drivers who act carelessly or negligently behind the wheel may face severe criminal charges should their behavior result in a fatal accident. Numerous types of negligence that contribute to auto accidents may include:

What Are Santa Barbara Penalties for Vehicular Manslaughter?

Vehicular manslaughter is a criminal offense for which any person may face various penalties in Santa Barbara. Depending on the circumstances, drivers may be charged with misdemeanor or felony vehicular manslaughter. If you are facing these charges, then your criminal history, the particular facts claimed in your case, and your criminal defense attorney's effectiveness all may have a significant effect on the outcome.

The penalties for vehicular manslaughter may vary depending on aggravating circumstances, such as whether the driver was suspected of driving under the influence of drugs or alcohol. Following a conviction, a person may face up to ten years in state prison.

If you are convicted of a misdemeanor vehicular manslaughter, you may face the following penalties:

Additionally, you may be sued in civil court for damages related to wrongful death, medical costs, pain and suffering, and more.

If you are convicted of felony vehicular manslaughter while intoxicated, the penalties are significant compared to a misdemeanor charge. A felony vehicular manslaughter conviction is punishable by up to six years in state prison with potential suspension or revocation of your driver's license. Like a misdemeanor charge, a conviction in criminal court may also involve a civil lawsuit.

If you're facing vehicular manslaughter charges in Santa Barbara, the prosecution may utilize all of its resources to show your guilt; therefore, it is essential to have an experienced criminal defense attorney on your side as early on in your case as possible. Some matters that your attorney will consider when defending against vehicular manslaughter charges include:

Retaining skilled criminal defense to fight against these charges may make all of the difference between a harsh sentence and a lighter one. At Aron Law Firm, we realize the anxieties that these charges may bring. That's why we work tirelessly to make this process as painless as possible and aim for the most favorable outcome.

If you face vehicular manslaughter charges in Santa Barbara, turn to the experienced legal team at Aron Law Firm to stand up for your rights and protect your future. Led by former California Deputy District Attorney William M. Aron, our firm takes the insight gained at the state level and uses it to defend our clients in Santa Barbara.

Get in touch with a knowledgeable vehicular manslaughter defense attorney about your situation today. Schedule a confidential case review by completing our contact form or calling 805-618-1768.