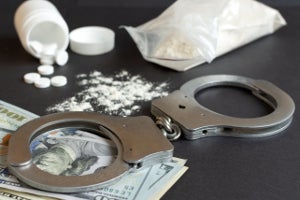 In California, over 700 people are arrested daily for drug crimes. Both drug felonies and misdemeanors can have serious long-term consequences. In drug crime cases, California prosecutors tend to take an aggressive approach. If you are facing drug crime charges in Santa Barbara, it is imperative that you consult with a Santa Barbara drug crime lawyer. A skilled criminal defense attorney can help you minimize your penalties and potentially clear your name of all charges. Below is some valuable information about drug laws and crimes in Santa Barbara.

Drug crimes are charged based on a drug's level of severity, known as a schedule, in the California Health and Safety Code. Schedule I is the most serious drug grouping of the schedules and usually have the most serious consequences of all drug charges. Drugs in this category are thought to have the highest potential for abuse and addiction and, for the most part, lack any medicinal purposes.

Some of the common drugs in each schedule include:

Schedule I drugs include opiates and heroin. These drugs are highly addictive and have been deemed unsafe except when prescribed by a medical professional for severe pain.

Schedule II drugs include morphine, meth, and cocaine. While these drugs still have the potential for abuse, they have some medical uses, such as to treat attention deficit disorder (ADD).

Schedule III drugs include depressants, codeine, and ketamine. While these drugs can be abused, most of them have many medical uses.

Schedule IV drugs include Xanax, Valium, and Ambien. For the most part, these drugs have low abuse potential. However, if you are found in possession of a large amount of Schedule IV drugs or are using them while driving, you may face drug crime charges.

Schedule V drugs include cough suppressants and some other medical drugs that require a prescription.

If you are charged with a drug crime, the penalties that you may face usually depend on the schedule and quantity of the drugs that were involved in your crime.

The Types of Drug Charges in Santa Barbara

The severity of the crime

The schedule of the drugs involved in the crime

The criminal history of the defendant

The quantity of the drug involved in the crime

Some of the most common drug charges in Santa Barbara include possession, manufacturing, and distribution.

Possession with Intent to Sell

Another common possession charge is “possession with intent to sell.” This usually involves people who are found in possession of a large quantity of drugs, which suggests that they most likely intended to sell them. If you are convicted of a “possession with intent to sell” charge, you may face penalties including a prison sentence, required participation in a drug rehabilitation program, and a felony conviction that will permanently remain on your record.

If you are caught selling, distributing, or providing illegal substances, you may face a drug distribution charge. Depending on the amount, schedule, and location of the drugs involved, your distribution charge could be raised to a felony trafficking charge.

Additionally, if you've committed drug crimes across state lines or on federal property, your charge may get elevated to a federal drug crime offense.

Being charged with a drug crime can feel overwhelming and hopeless. However, a skilled criminal defense attorney can develop a strong defense strategy for your case. There are a number of legal defenses that attorneys use in drug crime cases. Some of the most popular defense strategies for drug crime charges include:

Denial of ownership of the drugs in question

Entrapment, which involves asserting that the defendant was forced to commit the drug crime as a result of intimidation and threats by a third-party

An affirmative defense of legal ownership

If you are facing drug crime charges in Santa Barbara, it is imperative to consult with a skilled criminal defense attorney. At the Aron Law Firm, our attorneys have a proven track record of minimizing the penalties associated with drug crime charges. Our team of attorneys takes a client-centered approach to every case. We understand that each client has their own set of circumstances and needs, and we provide personalized legal counsel to ensure their unique situation is valued. To schedule an appointment with one of our experienced criminal defense lawyers, call today at (805) 618-1768 or fill out our online contact form.