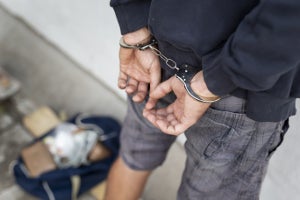 What is Considered Drug Distribution Under California Law?

Charges of drug distribution entail the sale, exchange, transfer, import, or export of illegal drugs or controlled substances. If you are charged with felony drug distribution, law enforcement believes that you are in possession of drugs with the intent to sell them.

Large amounts of marijuana smuggled across the border of Mexico

Large quantities of several types of drugs distributed at once

If you are charged with drug distribution in Santa Barbara, the penalties will be based on the State of California's sentencing guidelines. In general, drug distribution is a felony charge that carries up to five years behind bars. However, a prior criminal record and the following factors also have a strong bearing on the potential penalties you may face:

Amount distributed: Each illegal drug or controlled substance carries a threshold amount; exceeding the threshold will enhance the imposed penalties.

Location of distribution operation: If you were charged with distributing drugs within 1,000 feet of a school or playground, for example, the penalties will be more severe. Additionally, if you crossed multiple county lines to distribute the illegal drugs, your sentence may be increased.

Employment of a minor: Including or employing a minor to help in the sale or transfer of illegal drugs will also lead to an increased sentence that could entail up to nine years in state prison.

A Santa Barbara drug distribution defense lawyer can protect your rights and build a defense toward reducing any possible conviction consequences.

Various defense strategies may be employed to defend against drug distribution charges. Regardless of whether you face state or federal drug charges, you retain your lawful rights under the Fourth, Fifth, Sixth, and Fourteenth Amendments to the United States Constitution. To that end, the Aron Law Firm ensures that all necessary pretrial illegal search and seizure motions are filed to limit the evidence that the government holds against you.

The top priority is protecting your freedom and keeping you out of prison—a goal in which the Aron Law Firm has earned a reputation for success. Often, where the quantities of illegal drugs are not too extensive, it may be possible to achieve time at a drug rehabilitation center as a substitute for imprisonment. Depending on the case's details, a variety of alternatives to jail or prison may be possible.

When your freedom is at stake, you need an attorney who can put years of knowledge and experience in criminal law to work for your defense. If you face drug distribution charges in Santa Barbara, you must act quickly to protect your freedom. Contact the Aron Law Firm to provide aggressive representation on your behalf.

As a former Deputy District Attorney, William Aron has unique insight and a strong understanding of state and federal drug distribution laws. To speak with a knowledgeable drug distribution defense attorney, schedule a consultation by completing a contact form or call (805) 618-1768.