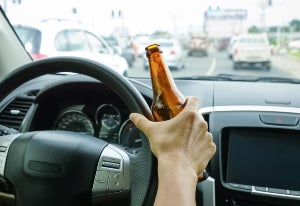 The term “wet reckless” is used throughout the California legal system, including in Santa Barbara, and describes a plea deal sometimes available to first time DUI defendants that may have borderline cases. The prosecution may extend this offer pursuant to California Vehicle Code Section 23103, where you plead guilty to the lesser charge but will still incur a DUI related conviction. Also, by accepting this plea deal, it will be presumed that you were under the influence of alcohol or some controlled substance at the time of driving.

There are pros and cons to such an offer, and each case is different. The circumstances involved, your BAC (blood alcohol content), and even your previous criminal convictions may all play a role in the prosecutor's decision to offer a wet reckless disposition. It is best to consult with an attorney so they can look at the evidence the prosecution has against you.

Understanding the Law in California Relating to Charges of Wet Reckless

Before you consider such a plea deal, you need to have an understanding of the law in California. It may be a good idea to take the reduced charge since penalties are less severe than those for a normal DUI conviction. It can also help you avoid having a DUI on your criminal record, though it will not leave it spotless.

While many variables can influence any DUI case, the state prosecution has to investigate every angle when building their case against you. They are going to evaluate the facts to see if there is evidence or circumstances that warrant extending a wet reckless offer to you. This charge comes with commitments on your part to qualify, including completion of a drug and alcohol program. This program lasts a shorter amount of time if you are convicted of wet reckless versus a DUI.

If you are convicted or a wet reckless, you may still be required to take DUI classes as the DMV will likely be unable to reinstate your driving privilege until you do so. Typically, a wet reckless conviction with no prior record will garner a 3-month DUI class, however, individual facts and circumstances will be the determining factor.

The Requirements of a Wet Reckless Charge

When there may be sufficient evidence to sustain a DUI conviction but the evidence is substantially mitigated through no prior record, no bad driving pattern, and a borderline BAC level such as .08, a “wet reckless” may be favorable to a standard DUI conviction. The negotiation process is a critical part of your case, but any plea deal requires thoughtful negotiation.

One issue to be aware of is that plea deals are not necessarily subject to mandated amounts of jail time like DUIs. As a result, there is a good chance there will not be additional time added. Both time served when arrested and processing time is part of your sentence. Your attorney will confirm this for you before anything gets finalized.

A wet reckless plea offer may require payment of substantially less fees or fines compared to a DUI conviction. It can cost more than $2,000 in Santa Barbara and surrounding areas of California when all is said and done if you are convicted of a DUI. Some of the savings stem from not having to use an interlock system in your vehicle. Wet reckless charges tend to not have mandatory license suspensions either—though the DMV still has the right to enforce a substantial license suspension.

Licensure programs for professionals in California tend to have a lifetime ban for those with a DUI, but that does not necessarily apply to wet reckless convictions. This factor may help if you are planning to become an LPN or RN in the future. There are many types of professional licensing that may be negatively impacted by a DUI, so this lesser conviction may protect your current or future career prospects.

While this type of offer is better than the alternative, you will not be off the hook entirely.  Regardless of wet reckless being a lesser DUI charge, it is still a crime that comes with serious consequences as this is still a DUI-related misdemeanor conviction. You may find you are not able to gain certain types of employment due to having this charge on your record. Impacted career paths may include various professions within the medical or transportation industries as well as some government jobs.

You may not have the guidance or the structure of a probation officer to report to, though you may still have up to three years of probation. Committing to attending any required drug and alcohol educational classes and paying your fines may also be crucial steps of probation for a wet reckless DUI. Much of this will be on you to follow through on, and if you fail, the consequences imposed by the court may be dire.

Should you get another DUI charge within ten years, the original wet reckless is still going to count against you as a prior DUI related conviction. It won't matter that you were able to plead it down to a lesser charge. As a result, your sentencing for that second DUI will be significantly harsher, and your insurance rates may spike because of the additional points on your driving record.

Speak With a Wet Reckless DUI Attorney in Santa Barbara

Consult with a Santa Barbara DUI defense attorney about the consequences of wet reckless convictions and how they may affect your life.

If you are the defendant in a Santa Barbara DUI case, trust the Aron Law Firm to defend your rights and protect your future. As a former California Deputy District Attorney, William Aron and his team are well equipped to represent you well.  Contact our office today at (805) 618-1768 or online to schedule a confidential case evaluation right away. Our team is standing by to advise you on the next best steps to help you through any DUI related issues in the best possible fashion.