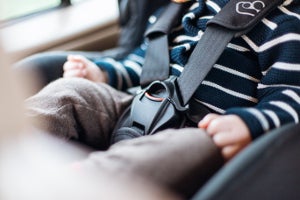 The penalties a driver may face in Santa Barbara for a DUI may be enhanced if there are certain factors present. One of the most significant of these factors is the presence of a minor child in the vehicle. There are specific penal codes in California that address such issues. A driver that is under the influence of alcohol and has a minor child in the vehicle may expect to serve quite a bit more time in jail due to this aggravating factor. It will be in addition to what they normally may receive with a DUI charge and conviction.

Depending on the overall circumstances, you may face additional criminal charges which are separate from the actual DUI charges and may stem from the child endangerment laws that fall under the California Penal Code Section 273a. The ultimate purpose of these laws is to offer additional protection for children in these circumstances.

Child endangerment under PC 273a is known as a “wobbler” offense, which means it may be prosecuted as either a misdemeanor or a felony depending upon the severity of the circumstances. In particular, PC 273a may be filed as felony child endangerment if the prosecutor believes that a child under 14 years of age may have been put at risk of death or great bodily injury.

When there is a DUI conviction in Santa Barbara, the prosecution carries the burden of proving all requirements set forth by California statutes. They must show that you had a child in your vehicle at the time of your DUI stop. Additionally, this child must be under the age of 14 as of the date of the DUI arrest.

Both elements must be proven for the additional penalties to apply. For example, if you plead guilty to a lesser charge that is not DUI related, then you may not face extra penalties for a minor child being in your car at the time. If a skilled DUI defense attorney is able to structure a plea deal involving a lesser, not-DUI related charged, enhanced penalties may not apply. Enhanced sentencing options may attach when a driver is guilty of a DUI charge.

When the court learns you had a minor child under the age of 14 in your vehicle and you are guilty of DUI, there may be additional penalties during sentencing. Under California law, drivers convicted of a DUI must serve jail time as a mandatory part of their sentence, but the amount of time served depends on their history and background. If you have previous DUI convictions, any subsequent sentence may lead to additional jail time.

Below are a few of the many consequences you may face if you're convicted of DUI with a minor child in the vehicle:

The above penalties apply if the state of California is pursuing the charge as a felony rather than a misdemeanor offense.

DUI with a Child in the Vehicle

It is considered a serious offense in Santa Barbara to have a child in the vehicle while driving intoxicated, whether by alcohol, drugs, or a combination thereof. In addition to DUI prosecution, you may be charged with DUI with a child in the vehicle under VC 23572. It is important to understand that enhanced DUI charges involving a child in the vehicle apply to any minor under 18 years of age, which can be distinguished from the more serious charges of child endangerment per PC 273a.

When a driver is facing child endangerment charges under PC 273a, the prosecution may pursue either a misdemeanor or a felony, however, DUI with a child in the vehicle is generally a misdemeanor per VC 23572. In addition to the differing age thresholds, the proseuctor will generally analyze the risk to the child's safety when determining whether to file charges under VC 23572 or PC 273a, with the latter being eligible for felony prosecution depending upon the severity of the circumstances.

If you were arrested for DUI in Santa Barbara and are now facing enhanced penalties for having a minor in the vehicle at the time of your DUI arrest, you should speak with an experienced DUI criminal defense attorney immediately. A misdemeanor or felony DUI conviction involving a minor in the car may have serious consequences. Prospective penalties may put you in jail or prison and jeopardize your family, career, and reputation.

Mr. Aron previously served as a California Deputy District Attorney and has substantial experience and expertise with DUI cases. Contact our office today at (805) 618-1768 or online to schedule a confidential case evaluation.