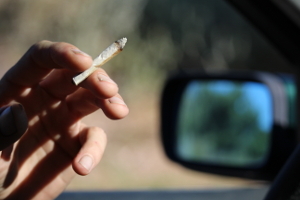 California was one of the first states to legalize medical marijuana and has consistently had some of the country's most progressive recreational use laws—in 2016, the state voted to legalize recreational marijuana use for adults aged 21 and above. However, despite the state's progressive marijuana stance, there are still some ways that consuming the drug can lead to criminal charges and prosecution. If you have been arrested for a marijuana DUI charge in Santa Barbara, you should consult with a skilled criminal defense attorney.

For a felony DUI offense, you may face up to 3 years in California State Prison, a $1,000 fine, and a 4-year license suspension.

For a felony DUI offense with injury, you may face up to 16 years in California State Prison, a $5,000 fine, and a 5-year license suspension.

The defendant's performance during their field sobriety test

The defendant's physical symptoms at the time of the arrest, such as dilated pupils, red eyes, and a rapid heart rate

The presence of any paraphernalia or marijuana in the defendant's car

In many cases, a prosecution's strategy may rely on the arresting officer's testimony. However, sometimes, the testimony of a drug recognition expert (DRE) may also be used as a substantial piece of evidence by the prosecution.

They can't reliably indicate when the cannabis was used

They can't accurately indicate how much marijuana was consumed

Test results may vary depending on the type of test used

In addition, the larger issue with THC blood tests is that THC is fat-soluble, which allows it to stay stored in your body's fatty tissues for a month or longer. In theory, this could cause someone pulled over for a marijuana DUI to test positive for marijuana even if they haven't ingested a THC product in months. Your defense attorney may use the unreliable nature of blood tests as a defense in your case.

Errors in the blood test procedures under Title 17 or otherwise

You recently used marijuana, but were not high at the time of driving

You used marijuana, but it did not impair your driving

At the Aron Law Firm, we provide clients facing marijuana DUI charges with a comprehensive analysis of their case. Our team works tirelessly to get the best outcomes for our clients. By limiting our client roster and the associated caseload, we are able to give more time and attention to each and every one of our cases. To schedule an appointment with one of our experienced DUI defense lawyers, call today at (805) 618-1768 or fill out our online contact form.