Reasons Why a Reckless Driving Charge is Favorable to a DUI 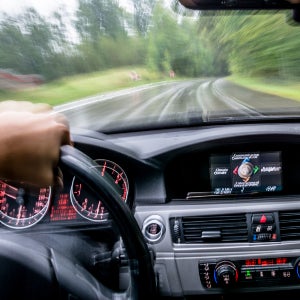 While neither charge is ideal, you'd much rather face a reckless driving charge considering the different potential penalties associated with each conviction. Fortunately, a skilled Santa Barbara DUI defense lawyer may be able to downgrade your DUI charge to reckless driving, which allows for the possibility of record sealing or expungement, among other benefits. An experienced lawyer may even be able to eliminate your charges altogether, which will help you avoid stunting your professional growth, damaging your reputation, and permanently tarnishing your criminal record.

What's the Difference Between Reckless Driving and DUI in California?

California Vehicle Code 23103 defines the offense of reckless driving as operating a motor vehicle with a willful or wanton disregard for the safety of other people or property. This offense is a misdemeanor punishable by up to 90 days in jail, a fine of at least $145, and 2 points on your driver's license.

When it comes to DUI, California has two main DUI laws: Vehicle Code 23152(a), which criminalizes driving under the influence of alcohol, and Vehicle Code 23152(b), which makes it illegal to drive with a BAC of .08% or greater. Most individuals arrested for DUI in California get charged under both statutes.

A first offense DUI in California is a misdemeanor typically punished by 3 to 5 years of probation, $390 to $1,000 in fines plus penalty assessments, DUI school, a 6-month driver's license suspension, and installation of an ignition interlock device. Some counties also impose a short amount of prison time or work release.

What is a “Wet Reckless?”

If you've been charged with DUI, the prosecution may consider resolving the case by allowing you to plead to a reduced DUI charge. This may be the case when there's a problem of proof or your BAC was relatively low. This is called “wet reckless.” Reducing a DUI charge to wet reckless is generally a massive victory for your case considering the penalties are substantially reduced. Likewise, it's important to note that a prosecutor can't initially charge you with wet reckless. Rather, a DUI charge can only be reduced to wet reckless as part of a plea deal.

3 Reasons Why Reckless Driving is Preferable to DUI

If you've been charged with DUI in California, all hope isn't lost. In fact, there are situations in which you can reduce your charge from DUI to reckless driving, or perhaps even eliminate your charges altogether. Here's a closer look at some of the benefits of wet reckless over DUI:

For help learning about the possibility of reducing your DUI charges to wet reckless, contact an experienced criminal defense lawyer at The Aron Law Firm today.

For questions about the difference between DUI and reckless driving or to discuss your case with one of our Santa Barbara criminal defense lawyers, contact the Aron Law Firm today. Our best-in-class attorneys are dedicated to protecting your rights by investigating your case in detail and building a robust defense. Our legal team is well versed in the laws surrounding DUI, reckless driving, and wet reckless, and we may be able to help you avoid the consequences that stem from this offense.

At the Aron Law Firm, we have a wealth of experience protecting our clients from various criminal charges. We take a client-centered approach that seeks to make the legal process as straightforward as possible. To talk with a criminal defense attorney, schedule a consultation by calling (805) 618-1768 or completing our contact form today.