What Is a “No Contest” Plea and When Is It Appropriate? 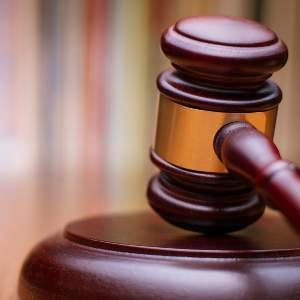 If you or someone you know has been charged with a criminal offense, perhaps the most important issue that you'll discuss with your lawyer is the type of plea you plan to enter at your arraignment. A plea is a person's formal response to a criminal charge. Most individuals are familiar with “guilty” and “not guilty” as possible responses, but you and your lawyer may also consider another lesser-known type of plea: “nolo contendere,” or “no contest.”

Nolo contendere is a legal term that comes from the Latin phrase “I do not wish to contend.” Both the Latin term and its English equivalent are quite clear in their meaning: the defendant neither disputes nor admits to the charge brought by the prosecution. In other words, while you don't admit your guilt, you do admit the truth of the facts alleged in the indictment or complaint. As a result, a plea of no contest means that you'll face the penalties associated with a conviction.

What Is the Impact of Various Pleas in California?

An experienced Santa Barbara criminal defense attorney may help determine the most strategic plea for your circumstances based on the facts of your case. These are the standard plea options at your disposal:

In most cases, a person may enter a not guilty plea to the charges they face. Defendants rarely plead guilty without first reaching an agreement with the prosecution or receiving some kind of assurance from the government. In this case, the defendant may give up their right to go to trial in exchange for a conviction of a lesser offense with a lesser punishment.

Pleading no contest means you admit no guilt for the crime, but the court may determine your punishment. For most defendants, the primary advantage of a no-contest plea is that it often may not be used as an admission of liability in a related civil case.

What's the Difference between Pleading Guilty and Pleading No Contest?

A no-contest plea is a lot like a guilty plea –– it carries the same fundamental consequences, but does not bear the official admission of guilt. In other words, if you plead guilty, you are admitting to the facts and the legal consequences of those facts. The benefit of a no-contest plea, on the other hand, is that it prevents the plea from being used against you in a later civil or criminal proceeding.

It's important to note that before you may plead no contest in California, the judge must accept the plea, ensure that you completely understand that the court thereby finds you guilty, and ensure that you are voluntarily entering your plea as opposed to being coerced or misled into doing so. Your constitutional rights are generally waived in a written form called a Tahl waiver. Once these requirements have been fulfilled, you may proceed to a California sentencing hearing where the judge imposes your sentence.

For questions about the ramifications of a no-contest plea under California law or to discuss your case with one of our California criminal defense lawyers, contact the Aron Law Firm today. Our expert attorneys are dedicated to protecting your rights by investigating your case in detail and building a robust defense. Our legal team is well versed in DUI defense law and may help you avoid the consequences that stem from this offense.

At the Aron Law Firm, we have experience protecting clients from a wide variety of criminal charges. We take a client-centered approach that aims to make the legal process as painless as possible. To speak with a criminal defense attorney about no-contest or other pleas, schedule a consultation by calling (805) 618-1768 or completing our online contact form today.