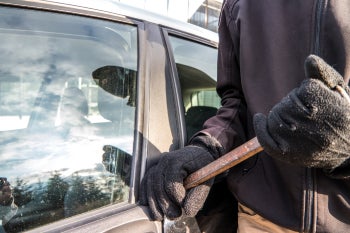 Theft crimes encompass any activity in which a person wrongfully takes or steals another person's property without permission. While many crimes fall under the umbrella of theft, some of the most common theft crimes in Santa Barbara include shoplifting, burglary, auto theft, and identity theft. If you have been charged with a theft crime, it is imperative to seek legal counsel.

Theft crimes are among some of the most harshly prosecuted crimes. Many prosecutors feel strongly about holding defendants in theft crime cases accountable and may go to extensive measures to ensure they garner a conviction. If you are facing theft crime charges in Santa Barbara, you should consult with a skilled theft defense lawyer. Outlined below are examples of theft crimes, their potential penalties, and common defense strategies your lawyer may use in your case.

What Constitutes a Theft Crime?

Theft is defined as the willful action of taking someone's property without their authorization and with the intent to permanently deprive the owner of their property. Theft encompasses a variety of crimes that are committed against another person's property, which covers a wide scope. For example, theft may include physical property—such as a car—but also less tangible property, such as someone's identity. Some of the most common theft crimes include:

These are a few of the most common theft crimes in Santa Barbara. The penalties that you may face for any of these crimes vary depending on the facts of your case. If you are facing theft crime charges, seek compassionate legal counsel from a skilled criminal defense attorney.

Factors such as the amount of property that is stolen, your criminal history, and the circumstances surrounding the crime may determine whether you face a misdemeanor or felony charge. For example, a burglary that involves violence or weapons may be prosecuted more harshly than a non-violent theft crime. Some of the most common penalties for theft crimes may include:

If you are facing theft crime charges in Santa Barbara, the Aron Law Firm is here to help. We provide clients facing theft crime charges with a comprehensive analysis of their case. Mr. Aron and his team work tirelessly to obtain the optimal outcome. By limiting our client roster and the associated caseload, we are able to give more time and attention to each and every case. Our approach prioritizes getting our clients to a better place and understanding their needs at a deep level.

To schedule an appointment with an experienced theft defense lawyer, call today at (805) 618-1768 or fill out our online contact form.