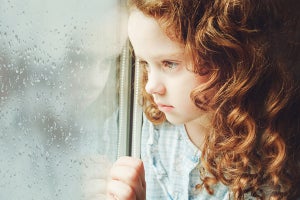 The vulnerable nature of children makes them susceptible to those in our society who would do them harm, whether intentionally or through gross negligence or neglect. Children deserve the greatest care, and the State of California is tough on crimes concerning children. Accordingly, child endangerment and related charges are prosecuted aggressively in the Santa Barbara Superior Court.

If you face child endangerment charges in Santa Barbara, the legal consequences may be severe. To fight against child endangerment charges in Santa Barbara, you need an experienced criminal defense lawyer who will fight for your legal rights and fiercely advocate on your behalf. The Aron Law Firm criminal defense attorneys deal with high stakes litigation when everything is on the line. Please contact our firm to learn how we can help.

What is Child Endangerment Under California Law?

California Penal Code 273(a) defines child endangerment as willfully exposing a child under 18 years old to unjustifiable mental suffering or physical pain or allowing them to be in a dangerous situation. Even if the child never suffers real physical harm, putting them in harm's way when the potential for physical or mental harm is present may be enough for someone to be criminally charged with child endangerment.

Examples of acts that can be charged as child endangerment include:

While any child can suffer child endangerment, many cases in Santa Barbara relating to child endangerment involve a defendant's biological child, stepchild, a child who lives in the same house, or a child with whom the defendant has a romantic relationship. The defendant does not have to be a parent as other family members or caregivers—including teachers, coaches, and or trusted professionals whose disciplinary actions may be questioned—may face child endangerment charges.

What Must Be Proven for a Conviction of Child Endangerment in Santa Barbara?

Cases involving children are intense and often involve a misunderstanding wherein the defendant in fact had no control over the circumstances that led to a child's health or safety being threatened. In some cases, child endangerment accusations are utterly false claims by another parent used to take the upper hand and gain control in a custody battle or divorce proceedings. For the prosecution to convict you of child endangerment, they must prove the following to the judge or jury beyond a reasonable doubt:

Because California laws do not consider child endangerment to be a “specific intent crime,” you do not have to place a child purposefully or vindictively in harm's way to be charged with this crime. Acting “willfully” means that you committed an intentional act that could have harmed a child.

Child endangerment under California Penal Code 273(a) may be charged as a misdemeanor or a felony, depending on what the prosecution believes is most appropriate for the suspected crime. This type of crime is known as a “wobbler” since either misdemeanor or felony prosecution is possible.

The penalties may increase by an additional three to six years in prison if the child in question suffers significant bodily injury. If a child is killed due to your actions, whether intentional or not, an additional four years may be added to your sentence, and you may also face charges for manslaughter or murder.

What Defenses May Be Used Against Charges for Child Endangerment?

Allegations of child endangerment can have disastrous consequences for your future, your relationships, and your job prospects. At the Aron Law Firm, our seasoned criminal defense attorneys have vast experience defending clients against these charges in Santa Barbara and can help you build a robust defense.

Possible defense strategies against child endangerment accusations include demonstrating that:

Crimes involving children may be punished harshly in Santa Barbara, and a conviction may have lasting negative impacts on the rest of your life. If you or a loved one face child endangerment charges, contact the child endangerment defense attorneys at the Aron Law Firm immediately to learn how we can help protect your rights and defend against these charges.

Mr. Aron served as a former Deputy District Attorney in California and has years of experience litigating against and on behalf of some of the largest law firms in the world. To speak with a criminal defense lawyer at the Aron Law Firm, schedule a confidential consultation by completing a contact form or calling (805) 618-1768.