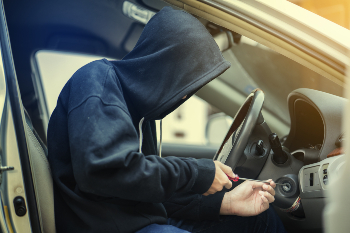 Grand theft charges are severe in California, and a conviction may carry harsh penalties. That's why you must retain the right criminal defense lawyer with experience handling these cases to represent you. Depending on your case's circumstances, the defense attorney you hire may make the difference between receiving a maximum penalty or one with leniency.

A Santa Barbara grand theft attorney at the Aron Law Firm may review your theft charge and help you understand your legal rights and options for resolving the matter. As former Deputy District Attorney in the San Francisco Bay Area, Attorney William Aron of the Aron Law Firm has the experience and background necessary to provide passionate and thoughtful defense to challenge grand theft charges you face in Santa Barbara.

What Is Considered Grand Theft in Santa Barbara?

Grand theft is defined under California's Penal Code 487 as someone unlawfully taking someone else's money, labor, or property valued above $950. When the value is less, the charge levied is for petty theft.

There are four different types of grand theft offenses in California that the prosecution may consider when pressing charges, including grand theft by larceny, false pretense, trick, and embezzlement.

This crime constitutes the act of unlawfully taking away someone else's property. The prosecution must prove the following elements to gain a conviction of grand theft by larceny:

This crime involves deception, making false promises, and concealing information to take control of another person's property and keep it. The prosecution must prove the following elements to gain a conviction of grand theft by false pretense:

The prosecution must produce evidence that implicates the defendant beyond a reasonable doubt. They must demonstrate that the victim was defrauded when surrendering their property.

This crime involves the misappropriation of financial funds transferred to another person. The elements that define grand theft by embezzlement include:

What Are the Penalties for Grand Theft in Santa Barbara?

Grand theft in Santa Barbara is considered a wobbler offense, meaning that the potential penalties depend on whether you are charged with a misdemeanor or a felony. If the prosecution presses charges for a misdemeanor, you may face penalties that include fines of up to $1,000 and a jail sentence up to one year.

If the prosecution charges you with felony grand theft, the penalties you may face may include up to one year in jail followed by felony probation or up to three years in jail, and may be accompanied by fines of up to $10,000.

What Are Potential Defense Strategies Against Grand Theft Charges in Santa Barbara?

To garner a conviction of grand theft in Santa Barbara, the prosecution must demonstrate all the elements of the crime to the judge or jury beyond a reasonable doubt. They must prove that you had the intention to steal the property.

Santa Barbara Grand Theft Lawyers with the Aron Law Firm may use any of the following defense strategies against grand theft allegations :

Your defense against grand theft charges in Santa Barbara ultimately depends on the facts relating to your case. Contact the Aron Law Firm to schedule a free consultation to discuss your case in detail to learn the best options for resolving your situation.

Grand theft allegations in California are serious and may lead to detrimental consequences for your future and freedom. If you or a loved one have been accused of grand theft in Santa Barbara, contact the Aron Law Firm to learn about your legal rights and potential defense strategies. Schedule a free confidential consultation today by completing a contact form or calling 805-618-1768.