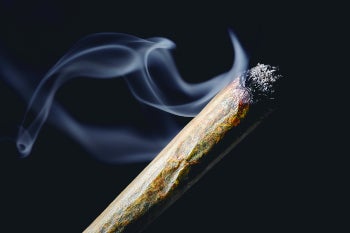 In January 2018, California legalized recreational marijuana use. The law came as the result of the passage of Proposition 64 in November 2016. Today, both recreational and medical marijuana are legal under California law. However, there are certain restrictions and rules that must be adhered to. If you are found violating one of California's marijuana laws, you may face criminal charges. Outlined below are some of the California Health and Safety Codes that enforce certain restrictions on marijuana use in California and some of their associated penalties. If you are facing marijuana-related criminal charges in Santa Barbara, it is best to consult a marijuana defense lawyer

Under California Health and Safety Code 11357, California residents cannot possess more than 28.5 grams of marijuana or 8 grams of concentrated cannabis for personal use. Under the code, the following actions may be considered crimes:

The penalties associated with violating each of these provisions depends on your age, criminal history, and several other case-specific factors. Some common penalties of violating personal possession laws may include jail time, expensive fines, and required substance abuse coursework.

Under California Health and Safety Code 11358, people who are 21 and over are legally allowed to cultivate up to six marijuana plants for their personal use. The code regulates the cultivation of marijuana plants to be performed indoors unless outdoor growth is allowed under local laws. Any marijuana growth that violates these parameters may be subject to criminal charges.

If you are under 21 and found growing any amount of marijuana, you may be charged with an infraction. If found guilty, you may be fined up to $100 and required to participate in community service.

Adults found cultivating more than six marijuana plants may be charged with a misdemeanor offense. If convicted, penalties may include up to six months in jail or a fine of up to $500. While most cultivation offenses result in a misdemeanor charge, people with a criminal history of serious crimes may face felony charges.

California Law and Possession of Marijuana with Intent to Sell

In 1996, California passed the Compassionate Use Act, which legalized medical marijuana use.

Under California law, you are allowed to possess, cultivate, transport, and administer medical marijuana if the marijuana is for a patient's personal medical use and is provided in an amount that is proportionate to the patient's medical needs.

These are a few of the medical conditions a patient must have to qualify for medical marijuana use. However, there are many other debilitating conditions that will qualify.

Under California Health and Safety Code 11361, it is a felony for anyone above the age of 18 to sell marijuana to a minor. If you are found in violation of this code, some of the penalties you may face include:

In addition, you may be ordered to pay court fines or fees.

If you are facing marijuana charges in Santa Barbara, the Aron Law Firm is here to help. We provide clients facing marijuana charges with a comprehensive analysis of their case. Our approach prioritizes getting our clients to a better place and understanding their needs at a deep level. By limiting our caseload, we are able to invest substantial time and energy into each and every case.

To schedule an appointment with an experienced marijuana defense lawyer, call today at (805) 618-1768 or fill out our online contact form.